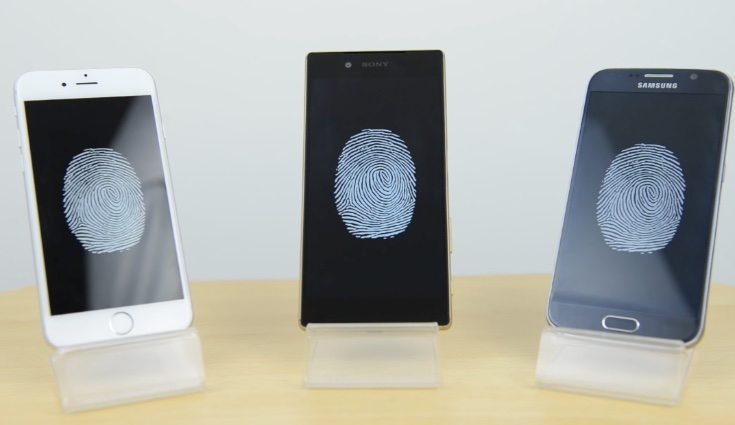 It’s always good to see full comparisons of popular smartphones, especially if you’re considering buying a new handset. Sometimes, as a point of interest it can also be good to take a closer look at a specific aspect. Bearing that in mind, today we’re showing some testing of iPhone 6S vs Nexus 5X, Galaxy S6, and Xperia Z5 fingerprint scanner speeds.

Samsung’s Galaxy S6 was the first of these handsets to release earlier in the year, while the iPhone 6S arrived for sale last month. The Sony Xperia Z5 and LG-made Nexus 5X are the most recently announced. In the case of the Apple, Sony, and Samsung handsets they are all flagship high-end devices. Google announced two Nexus smartphones this year, the Nexus 5X and the Huawei Nexus 6P, and the 5X has the lesser specs of the two.

One thing they all have in common is the inclusion of fingerprint scanners, and to take a look at how the speeds compare we’ve embedded two different videos from SuperSaf TV below this article. The first checks out the fingerprint scanner speed of the iPhone 6S, Galaxy S6, and Xperia Z5. For the sake of fairness the reviewer has switched off any animations on the handsets.

The use of the fingerprint scanners on each device has been filmed separately and then shown alongside each other in split screen to compare the speeds. We wouldn’t expect any really noticeable differences in speeds and this is certainly evident in the first test using the fingerprint sensors from the lockscreen. 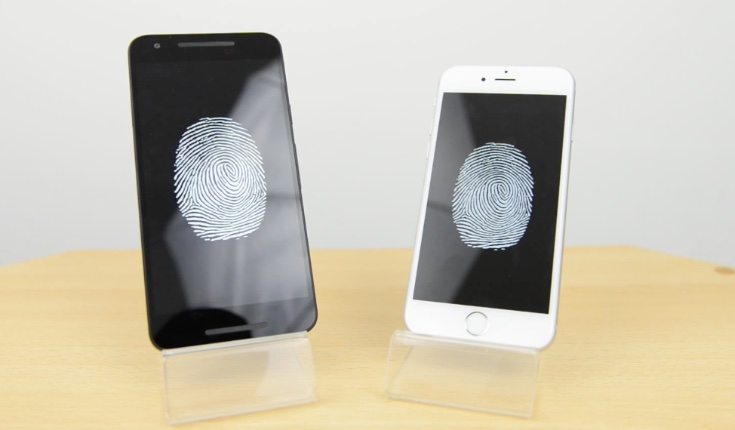 The next test is from the screens being switched off, and the film has also been slowed down so that the difference in times can be seen more clearly. On this occasion one of the handsets is faster although we’re not going to ruin the suspense of watching the video by telling you the winner here.

The second video is brand new and shows the same kind of testing on the iPhone 6S vs Nexus 5X. You’ll see that the Touch ID scanner on the iPhone 6S is incorporated into the Home button on the front of the handset, while the Nexus 5X scanner featuring Nexus Imprint is on the rear of the handset. Because of this a mirror is used in the film so that the results are clear to see. Again, we’re not going to say which device was fastest, but you may find the result interesting.

We have to say that testing the fingerprint scanner speeds in this way is not something that will appeal to everyone, especially as they are all pretty quick and the differences are marginal. However, for the geeks among us it’s always fascinating to take a look at this kind of thing. When you’ve checked out the testing on the iPhone 6S vs Nexus 5X, Galaxy S6 and Xperia Z5 we’d be interested to hear from you. Were you surprised by any of the results?