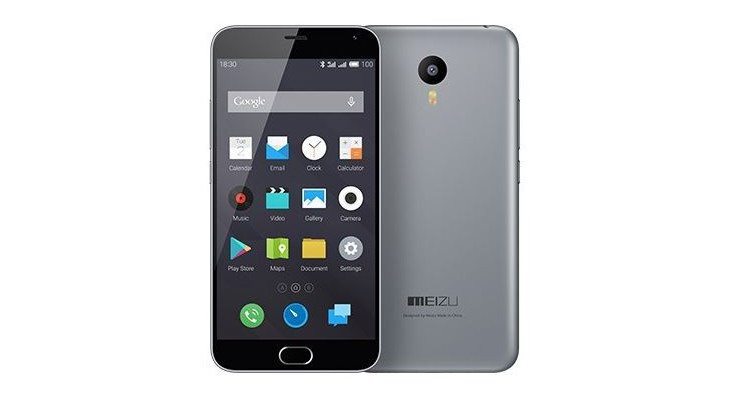 Meizu is gearing up to launch a new high-powered mid-range smartphone, but the cat has been let out of the bag a bit early. The Meizu Metal has appeared online ahead of an official announcement and the price tag and specifications should make it a popular device wherever it lands.

Meizu is set to unveil the Meizu Metal, otherwise known as the Blue Charm Metal, in a few short days. The online retailer Oppomart has seemingly struck again, as they leaked the OnePlus X price a few days ago through an early listing as well. While the listing is far from official, it gives us a good idea of what to expect from the Meizu Metal specs and a possible price tag.

According to Oppomart’s listing, the Meizu Metal sports a 5.5-inch display with a resolution of 1,920 x 1,080. The handset is powered by a combo of a 64-bit octa-core MT6795 clocked at 2.0GHz and 3GB of RAM while the storage capacity comes in two options with 16GB or 32GB. Unfortunately, there’s no mention of a microSD card slot, so the 32GB model is going to be a more attractive option.

In the camera department, the Meizu Metal features a 13MP sensor on its backside and a 5MP snapper for selfies. They don’t have all the connectivity options listed, but Bluetooth, Wi-Fi, and FDD-LTE are locks. The smartphone will sip power from a large 3,050mAh battery and is listed as running Android 5.1 with Flyme on top.

While it’s great to get early word on the Meizu Metal specs, you’ll want to take them with a dose of salt until they become official. The same can be said of the Meizu Metal price of $249 although it’s about what we would expect from a device of this nature.

Are you interested in the Meizu Metal release if the price and specifications ring true?