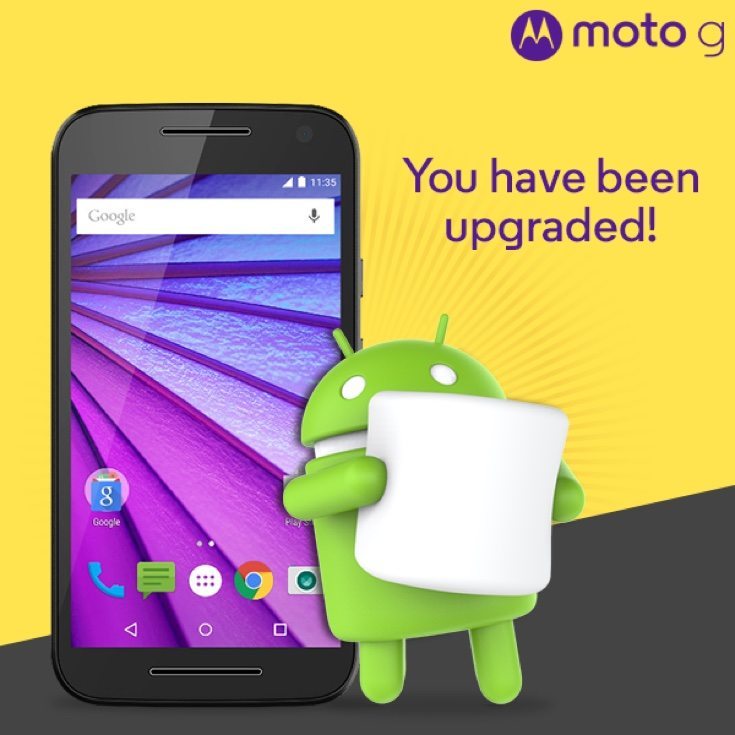 One of the best bits of writing for Phones Review is being able to inform readers about operating system updates for their devices. If you’re one of our many readers in India and own the very popular Motorola Moto G 2015 there’s some good news for you today. The Moto G 3rd gen Android Marshmallow update has now begun to rollout for India.

The Moto G 3rd gen released running Android 5.1.1 Lollipop and the update brings it to Android 6.0 Marshmallow. This upgrade started rolling out for the phone in the US and Canada a week ago, and now it has arrived for India. The news was announced on Motorola India’s official Twitter account and will bring your phone to software version 24.11.25.en.US.

It’s worth bearing in mind that these updates are usually rolled out in phases so if you haven’t already received it for your Moto G 3rd gen you shouldn’t have to wait too much longer. The update is 2GB in size, and if you can’t remain patient you can always try checking for it manually on your phone under Settings, followed by About Phone, and then System Update.

Here is something new and amazing for your Moto G (3rd Gen.), the Android 6.0 Marshmallow! pic.twitter.com/0etB1IncHi

The update will bring all of the improvements, new features, and changes of Android 6.0 Marshmallow. These include refreshed app permissions, Doze, new UI, new Google Photos, Google Now on Tap, and an updated Chrome browser. It also offers performance optimizations and stability improvements, and as well as this contains Google’s December security patches.

It’s reported that there are complaints on Twitter from users of the Moto G 3rd gen in India saying they have not received the update yet. It appears that some owners of the device have been informed by Motorola customer care that the original tweet was fake. However, this is not thought to be the case and it seems there has been some miscommunication between Motorola’s service support and development teams.

Bearing this in mind we’d really like to hear from readers in India with the Moto G 3rd gen. Have you already received the Android 6.0 Marshmallow update for your handset? Do let us know with your comments.