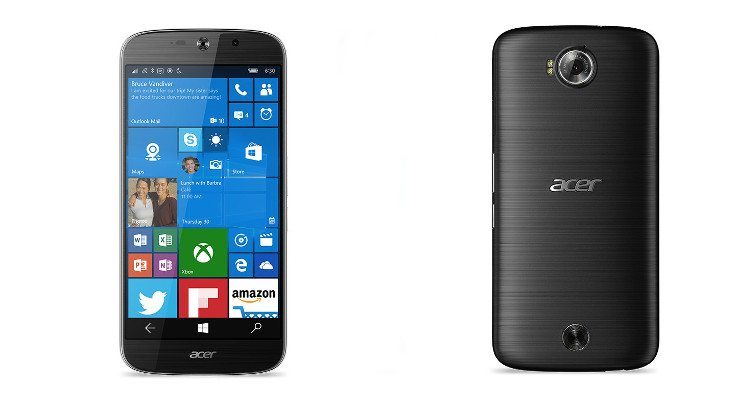 We first learned of the Acer Liquid Jade Primo back in OctoberÂ and while it wasÂ rumored to arrive last month, that didn’t quite happen. That said,Â it will soon hit the streets as a slick high-powered Windows 10 handset.

Looking for a solid Windows smartphone that doesn’t come from Microsoft? Your options are pretty limited, but that will change in the months ahead with all the new devices being prepped for release. The Acer Liquid Jade Primo is one of them, and it will definitely be an option if you want Continuum and a phone with plenty of horsepower.

Qualcomm’s chips are a popular choice for flagships, and that’s what you’ll get with the Acer Liquid Jade Primo thanks to a 64-bit Snapdragon 808. That processor is backed by 3GB of RAM and there is 32GB of storage under the hood with no mention of expansion. As for the display, it features a 5.5-inch AMOLED panel with 2.5D Gorilla Glass and a resolution of 1,920 x 1,080.

Cameras are an important part of handsets these days, and the Acer Liquid Jade Primo features a solid 21MP snapper with a Dual LED flash on the front to go along with an 8MP sensor on the front. The usual array of connectivity options will be present along with Cat. 6 LTE. There was no mention of the battery size, but you’ll get a USB Type-C port along with Windows 10 and Continuum support.

On paper, the Acer Liquid Jade Primo can hold its own with the new Lumia’s running Windows 10 and is a nice alternative if you’re looking for something a bit different. The Acer Liquid Jade Primo price will be â‚¬569 in Europe and the Middle East where it will touch down in February. The US and other regions are still up in the air, but we’ll keep you in the loop as we learn more.