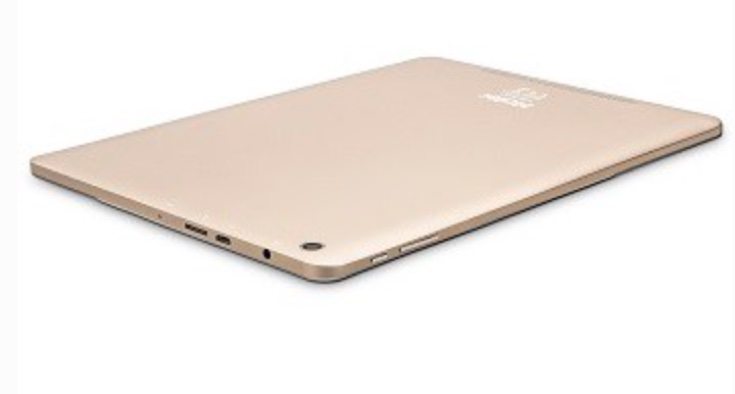 Many manufacturers are introducing new products at CES 2016, and now Haier has just announced details of some new devices. Haier may not be a name that immediately springs to mind when thinking of mobile smartphones and tablets, but we have covered the odd device from them before. The HaierPad 971 Android tablet has been officially unveiled as well as some Haier Windows tablets.

The HaierPad 971 is powered by a 1.8GHz Rockchip RK3288 quad-core processor and equipped with a 9.7-inch display with resolution of 2048 x 1536. It has 2GB of RAM, and 16GB of internal memory, expandable with microSD card to 32GB. Juice is supplied by a non-removable 7800 mAh battery that offers around 8 hours of standby time.

Further specs of the gold colored HaierPad 971 are an 8-megapixel rear camera and up front there’s a 2-megapixel snapper for WiFi video calling. Connectivity options include WiFi, Bluetooth, and microUSB 2.0, and it runs the Android 5.1 Lollipop operating system. Availability has not yet been specified but the price is expected to be under $200.

Haier has also introduced the HaierPad W800 and HaierPad W203 Windows tablets. The HaierPad W800 is dubbed a mini Windows 8 tablet and has an 8-inch IPS display with HD resolution. The device can also be used more like a laptop with the use of an optional keyboard accessory.

Finally the HaierPad W203 uses an Intel Z3735F quad-core processor and has a 10.1-inch IPS HD display. It has 2GB of RAM, expandable memory to 64GB via microSD, and an 8000 mah battery. Release and prices for both of the Windows tablets hasn’t been given yet, but they both have pre-installed Microsoft Office 365 that can be used free for a year.

With the vast array of tablets on offer it’s difficult to imagine how these new devices will stand out in the market. Do you have any interest in the HaierPad 971, HairPad W800 or W203?