The Oppo F1 is a smartphone geared towards Shutterbugs 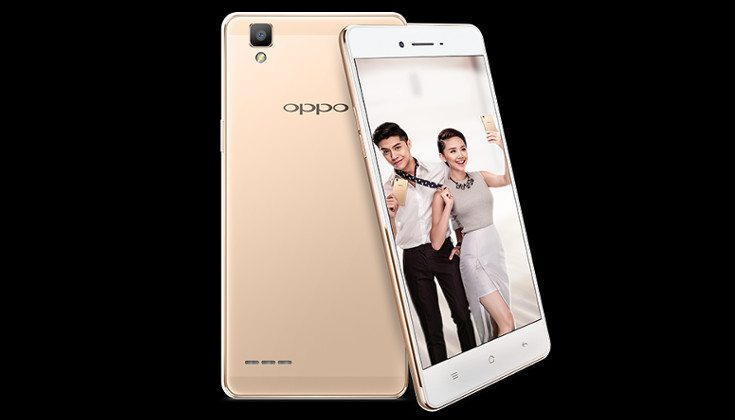 We’re barely two weeks into the new year, and we’ve already seen a half-dozen new handsets announced outside of CES. The Oppo F1 is the latest smartphone vying for attention, and it’s geared for those that love taking photos.

If you’re not familiar with Oppo’s F series don’t feel bad. The Oppo F1 is the first device set to debut from that range, and it’s a smartphone built around the cameras. It won’t have a funky swiveling snapper or anything crazy like we’ve seen from the company in the past, but it have plenty of pop to go along with two strong sensors.

Selfies have become a part of life these days, and we’ve seen the front-facing cameras get larger with each batch of new smartphones. Oppo opted for an 8MP snapper with a f/2.0 lens on the front of the Oppo F1, but the software tweaks really make it stand out. The display can be used as a flash in low-light conditions and it comes with 8 live color filters and Beautify 3.0 as well. The rear camera isn’t nearly as snazzy, but is solid at 13MP and LED flash.

As for the rest of the Oppo F1 specs, you’re looking at 5-inch 720 panel surrounded by a slim aluminum unibody. The internal storage is listed at 16GB but expandable while the power comes from a Snapdragon 616 and 3GB of RAM. Other features to note include Wi-Fi, Bluetooth, Dual SIM, LTE and a 2,500mAh battery. The smartphone will run Android 5.1 out of the box with Color 2.1 slathered on top.

As usual, the Oppo F1 is a looker as the company is known for putting out sleek handsets. Given the specs, it could prove to be a popular handset if the price is right. Thankfully, we do have a rough idea on that as the Oppo F1 price is set at around $290 in Vietnam where it’s set to be released on January 21st. This one should see a wider release, so we’ll keep you updated as more information comes in.