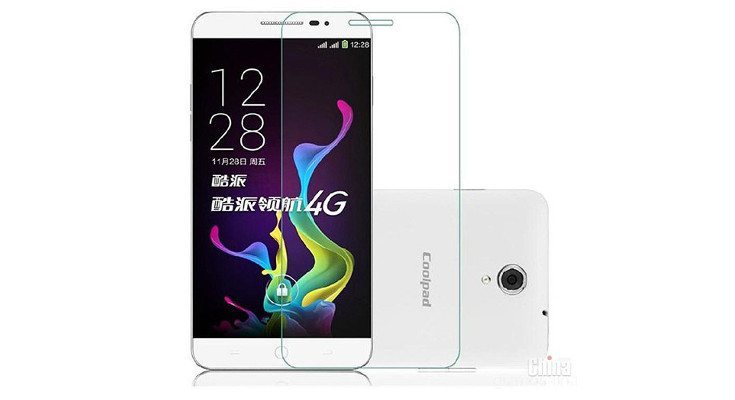 While we still see plenty of smartphones with big black bezels, the current trend is to get them as skinny as possible. The Coolpad Tip Top 2 will soon join the thin-bezeled club, and while we don’t know its price, the specifications shows it to be an entry level device.

If you want to pull consumers into a new smartphone, you had better bring something unique to the table… or price it cheap. That is especially true in the budget and mid-range sectors where the competition gets more fierce by the month. We are not sure how Coolpad will promote the Coolpad Tip Top 2, but it’s a bit of an oddball as it has more going on in the design department than it does under the hood.

As you can see from the renders, the Coolpad Tip Top 2 appears to have super slim bezels and it is definitely svelte with measurements of 153mm x 77.5mm x 5.5mm and a weight of 158grams. It also has a large 5.5-inch panel, but the resolution leaves a bit to be desired at 960 x 540. Beneath that slab of glass resides a Qualcomm processor backed by 1GB of RAM, while the storage capacity is listed at 8GB but expandable up to 32GB through the usual means.

Selfie snappers will have to make due with a 2MP sensor on the front of the Coolpad Tip Top 2, but the rear sensor is more respectable at 8MP. Connectivity options include Wi-Fi, Bluetooth, GPS/A-GPS, 4G LTE, and Dual SIM card slots. The Coolpad Tip Top 2 will draw its juice from a reasonably sized 2,500mAh battery and is listed as running a skinned version of Android 4.4 out of the box.

As you can tell from the specs, the Coolpad Tip Top 2 is nothing to write home about although it’s a sharp looking device. It remains to be seen if the design will be enough to lure folks in given the specs and outdated OS, but we’ll find out soon enough when the Coolpad Tip Top 2 launches in the Far East and other locales.