Honor 5A Plus passes through TENAA with mid-range specs 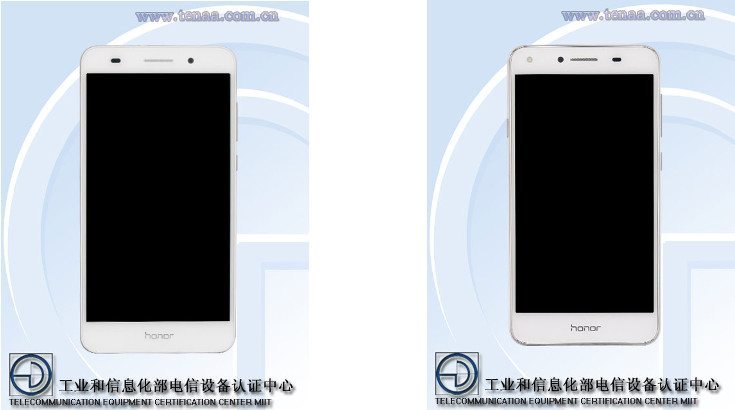 Huawei’s Honor series has been quite popular in various parts of the globe, and it appears as if we will soon see a new member of the family arrive. The Honor 5A is the latest handset to pass through TENAA, and we’re here to give you the scoop on the Honor 5A specs.

Two new smartphones from the Honor series have passed through TENAA today with the Honor 5A and the Honor 5A Plus. As their monikers imply, the Plus will be the nicer handset of the two, but not by much. The new Honor 5A’s share more than a name, as they also have very similar specifications.

First up is the base model of the Honor 5A, which is set to debut with a 5-inch display sporting a resolution of 1,280 x 720. Beneath the glass, you’ll find a quad-core processor clocked at 1.3GHz and backed by 2GB of RAM. The internal storage is listed at 16GB while the camera combo consists of a 13MP sensor on the back and a 2MP snapper on the front. A 2,200mAh battery, 4G LTE, and Android 5.1 round things out for the Honor 5A.

If you prefer your handsets to have a bit more pop, the Honor 5A Plus may deliver thanks to a 1.8GHz octa-core processor and 2GB of RAM. Unfortunately, while the display size rises up to 5.5-inches the resolution stays the same as does the storage capacity. Everything else essentially stays the same between the two handsets with the exception of a larger 8MP front-facing camera and a 3,000mAh battery.

As you’d expect, there’s been no word on when the Honor 5A or the Honor 5A Plus will hit the streets, but it shouldn’t be long before we hear something official given the TENAA certification.