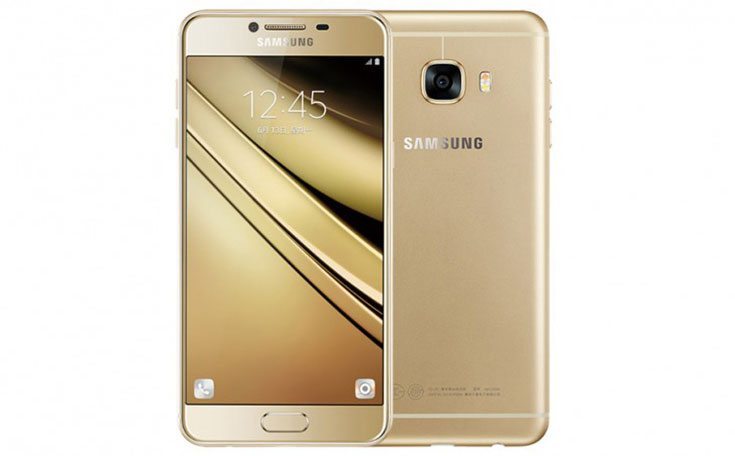 After being teased for quite some time, Samsung recently announced the first member of their newest series, the C5. The phone is a decent mid-ranger with specs that impress on paper. The highlight of the phone is the slender metallic body which looks premium but has a slight resemblance to the iPhone. Samsung is on a high after the release of their flagships, the S7 and the S7 Edge, and they are trying to cash in on the sudden surge in sales with more releases. They recently released the Galaxy J7 and J5 in India and now they’ve come out with two more phones, as part of a new C series, Galaxy C7 and C5.

Samsung has managed to keep the thickness of the Galaxy C7 at 6.7mm even though it has a larger battery. Â The C7 is priced at $395 and $425 for the 32GB and 64GB versions respectively. Samsung has managed to tick all the right boxes here except for the price. They’ve not revealed the details regarding the availability of the device, but it will be tough for Samsung to make a mark with the likes of Xiaomi, OnePlus, and Huawei offering better options.