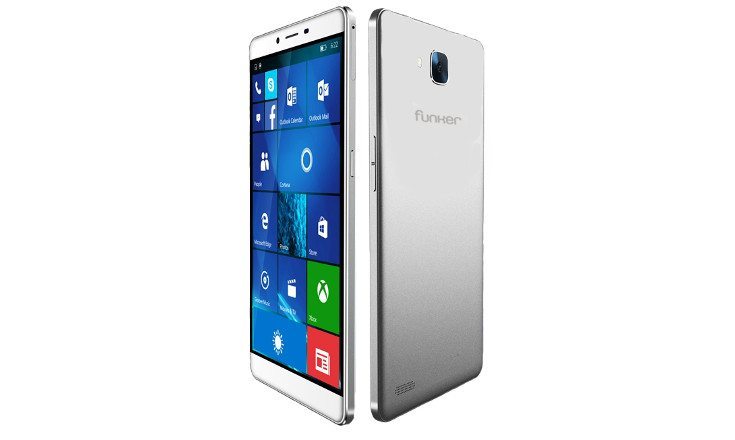 We are set to see more Windows 10 smartphones this year than ever before, and several will come from lesser-known brands like Funker. The Funker W6.0 Pro 2 is the company’s latest smartphone, and it’s one to watch if you need a Windows-based handset with some pop.

In February, we introduced you to a new smartphone from Funker in the W5.5 Pro. The Funker W6.0 Pro 2 is a handset in the same vein as its predecessor, but with better specs all around and larger display. It’s also going to be svelte for its size with overall measurements of 160mm x 82.3mm x 7.9mm and a weight of 176 grams. That may not seem impressive, until you consider the smartphone’s size.

The Funker W6.0 Pro 2 is a 6-inch smartphone with a 1,920 x 1,080 display covered in Gorilla Glass 3. Those pixels are pushed around thanks to a Snapdragon 617 and 3GB of RAM, while the storage is listed at 32GB. There has been no mention of a microSD card slot unfortunately, but it will have Bluetooth, Wi-Fi, and 4G LTE. The Funker W6.0 Pro 2 will also have a 13MP rear camera and a 5MP front-facing snapper to go along with Windows 10.

At this time, there has been no word on when the Funker W6.0 Pro 2 will hit the streets, and the pricing is up in the air as well. The previous handset launched at around $260, so the W6.0 should cost quite a bit more considering what it has under the hood.

Would you be interested in the Funker W6.0 Pro 2 if it were available in your region?