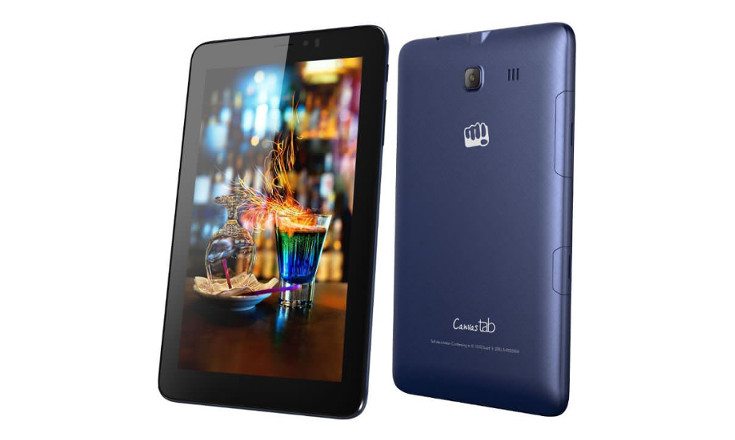 If you are in the market for an entry level slate in India, there are no shortage of options to choose from. Micromax is responsible for many of them, and their latest slate is called the Micromax Canvas Tab P701.

There was a time when a tablet with voice calling capabilities was considering exotic, but that isn’t the case anymore. While tablets with that feature largely remain in the Far East, they have become quite popular as not everybody wants to carry around two devices. If you’re one of those folks, the Micromax Canvas Tab P701 looks to be an affordable option for the region.

The Micromax Canvas Tab P701’s main claim to fame would be 4G connectivity as the rest of the specifications put the slate in the budget class. That means you’ll get a 7-inch IPS panel sporting a resolution of 1,024 x 600 and a power plant consisting of a quad-core MediaTek chip clocked at 1GHz and 1GB of RAM.

When it comes to storage, it’s going to be sparse on the Micromax Canvas Tab P701 as you’ll only get 8GB out of the box although it’s expandable up to 32GB through the usual means. The tablet/phone hybrid also has a decent camera combo considering its tablets roots with a 5MP rear camera feature Auto Focus and a Flash and a 2MP front-facing camera. Bluetooth, Wi-Fi, GPS, Dual-SIM slots, Android 5.1 and a 3,500mAh battery round things out for the slate.