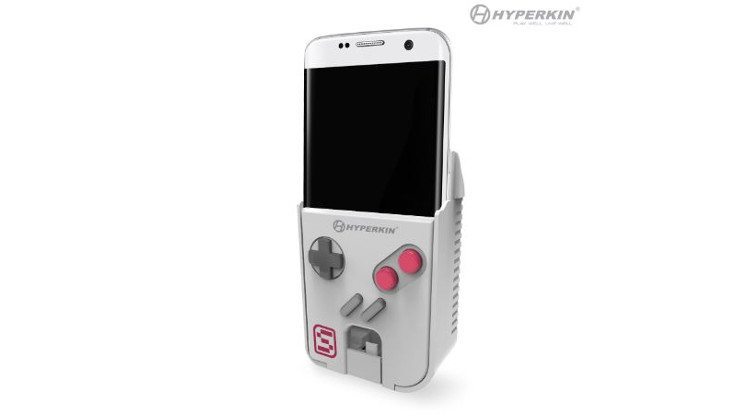 Nintendo is set to release a couple of mobile games this year, but it could be quite some time before we get the games we truly want ported over. While we wait, gadgets like the Hypekin Smart Boy can help fill the void as it turns your smartphone into a Game Boy.

If you want to extend the functionality of your handset, there are several ways to go about it. There are extended battery packs and cases that transform your device into something else… or give it a new function. The Hypekin Smart Boy falls into the latter category as it basically transforms your device into a Game Boy. Not an emulator mind you, as you’ll be able to use your own carts with the Hypekin Smart Boy. 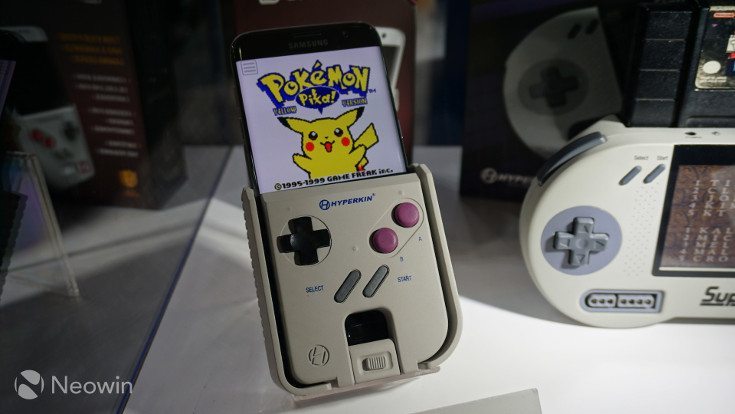 Hyperkin showed off the Smart Boy at E3 this week, but it’s been making the rounds for well over a year. The version shown off at the big show is no longer in the prototype phase either as it was shown slapped onto a handset and running games. The way it works seems to be fairly straightforward as well. The bottom of the case has the buttons and trackpad, but cuts off halfway up to provide you with a small Game Boy like display. Actual carts will side into the backside, so you can play those dusty old games you’ve got sitting in a shoe box with no emulation required.

As someone who has played their fair share of emulator games can attest, there is nothing like the real thing. Being able to fire up my oldÂ Fist of the North Star cart on my Galaxy S7 would be beyond cool, and I’m sure others feel the same way. At this time, there’s been no word on how much you’ll need to shell out to snag the Hyperkin Smart Boy, but it is expected to make its consumer debut in December.