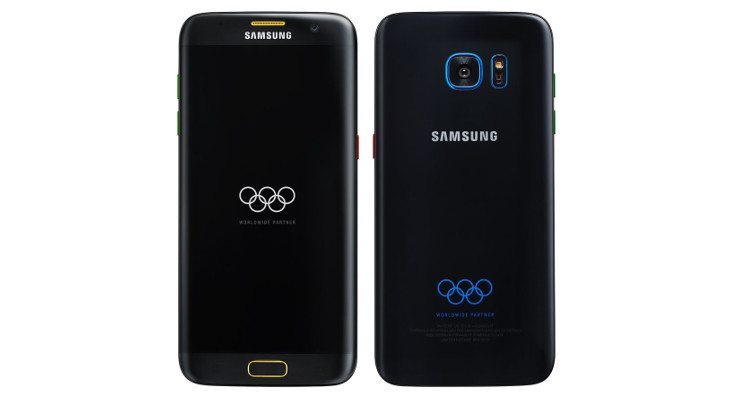 We all know how much Samsung likes to partner up with other companies for limited edition smartphones. The upcoming Samsung Galaxy S7 Edge Olympic Edition shows they’ve turned away from Superheroes for a moment as they now have their sights set on Brazil.

The 2016 Summer Olympics are set to kick off in August. As the competition heats up in the games, you can bet the selfies will be flying as the athletes, coaches and spectators will all be armed with smartphones. Samsung is certainly no stranger to the games, and this year it appears we’ll be getting the Samsung Galaxy S7 Edge Olympic Edition to commemorate the occasion.

While the internals of the Samsung Galaxy S7 Edge Olympic Edition probably won’t be any different from the regular model, Evan Blass, otherwise known as @evleaks, has dropped a picture of the upcoming handset. It looks “edgy” with the only differences being some blue trim around the camera and flash, a red power button, and green volume rockers. The Olympic rings are also present on the backside, and we even get a bit of gold around the home button. It’s not the Batman v Superman S7 Edge, but it’s certainly not bad looking.