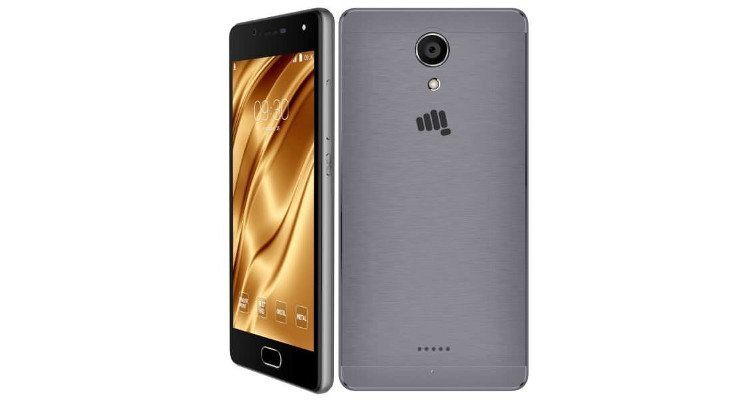 Micromax started the year off with a bang, but slowed somewhat since then. The company does have a new handset to unveil from its Canvas lineup however with the recently revealed Micromax Canvas Unite 4 Plus.

Like many of the handsets from its arsenal, the Micromax Canvas Unite 4 Plus is in the middle of the road when it comes to specs. That said, this time around they’ve opted to include a fingerprint scanner on their new handset, something the previous models did not carry. It also has a slick metal casing, which gives it a clean, modern look.

The Micromax Canvas Unite 4 Plus sports a 5-inch IPS panel with a resolution of 1,280 x 720. Beneath the glass, you will find a quad-core MediaTek MT6735P clocked at 1GHz and backed by 2GB of RAM. The storage is about what you would expect at 16GB but is expandable through the usual means up to 64GB.

On the backside, you will find an 8MP sensor with an LED flash while the front-facing camera is listed at 5MP and also has an LED flash. Connectivity options for the Micromax Canvas Unite 4 Plus include Wi-Fi, Bluetooth 4.0, GPS and 4G LTE along with the aforementioned fingerprint scanner. The handset is powered by a 2,500mAh battery and runs Indus, which is based on Android 6.0.

While the Micromax Canvas Unite 4 Plus specifications are certainly sound, its price could give consumers pause. The Micromax Canvas Unite 4 Plus price is listed at Rs. 7,999 which is affordable, but comparable to other smartphones in its class with similar specifications. That said, the fingerprint scanner and metal shell tip the scales in their direction, which make it worth a look.

The Micromax Canvas Unite 4 Plus is available in Gold, Grey and Silver if through online retailers and brick retail shops throughout the country.