Pink Gold Galaxy S7 and S7 Edge will debut in the U.S. as a retailer Exclusive 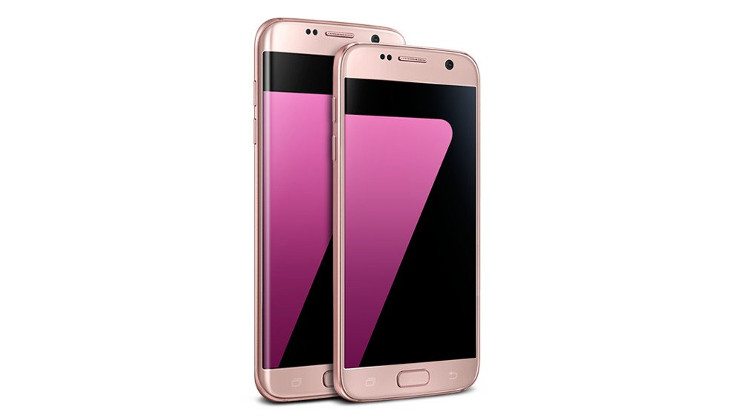 Samsung’s Galaxy S7 has been out for a while now although the rumor mill hasn’t quite gotten to the point of touting the Samsung Galaxy S8. While the new Note is still fresh, the company has unveiled the Pink Gold Galaxy S7 and S7 Edge in the U.S.

We’ve often joked about Sammy’s love of variants, and that includes different hues. While most of the company’s variants receive changes under the hood, occasionally they drop something from a design standpoint to freshen up a line. We’ve seen that a couple of times already for the Galaxy S7, and now if you reside in the states, you’ll be able to snag the Pink Gold Galaxy S7 or the Pink Gold Galaxy S7 Edge with a couple of small catches.

The Pink Gold Galaxy S7 and the Pink Gold Galaxy S7 Edge will only be available to purchase from Best Buy in the U.S. They come unlocked, which is great, but that also means you’ll need to shell out a pretty penny to scoop one up. The handset won’t receive any changes under the hood, but will work on all four major carriers with Verizon, AT&T, Sprint, and T-Mobile. Pricing is also unknown, but we already have a good idea of what to expect.

The unlocked Samsung Galaxy S7 in the 32GB variety will set you back around $600 bucks depending on where you pick one up while it’s edged brethren is around $750. Unless Samsung decides to up the price on a new color, you should pay around the same amount for those models. That said, Best Buy will kick in a $150 gift card, which makes things much more manageable.

One thought on “Pink Gold Galaxy S7 and S7 Edge will debut in the U.S. as a retailer Exclusive”