Archos is a lesser known smartphone brand but they do make solid devices. The French company recently announced a new series called Helium, which consisted of 2 devices that were mostly budget phones with a list of unimpressive specs. These phones will be presented at IFA which will begin on August 30th. Along with their Helium phones, they are also planning to come out with the Archos 50 Saphir smartphone that comes with a few special features.

The Archos 50 Saphir will come with IP68 certification which makes it water resistant, dust resistant and shock resistant to an extent. The phone can be submerged underwater to a maximum depth of 1 meter for up to 30 minutes. 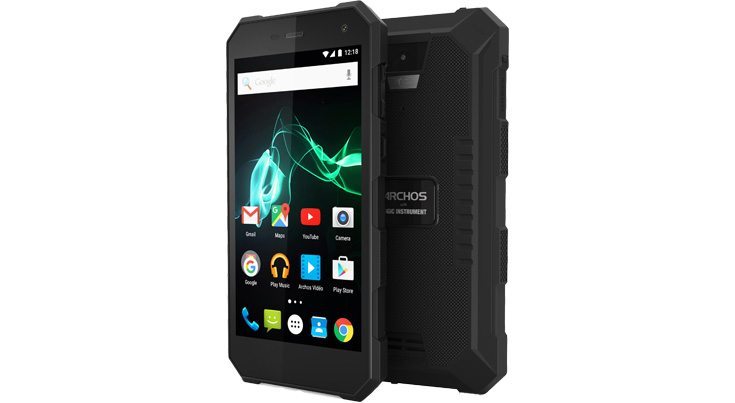 Even though the phone looks really rugged, it can survive drops only from a meter high, which is quite low, 3.2 feet to be precise. Apart from the IP68 certification, the only standout factor for the Archos 50 Saphir is the humongous 5000mAh battery.

They claim that the phone will run for more than 2 days on a single charge. Even though that is a bit of an overstatement, it will easily last for more than a day. The hardware specifications of the Archos 50 Saphir is nothing exemplary.

It comes with a lowly rated MediaTek 6737 SoC with 2 gigs of RAM. The 5-inch display has a resolution of 1280×720 pixels and has Corning Gorilla Glass 4 protection on it. Internal storage is pretty low at 16GB, but can be expanded up to 128GB via microSD.

The rear camera is a 13MP shooter with auto-focus and an LED flash. A 5MP selfie shooter will take care of all your selfies. For a price tag of â‚¬199 (around $222), the Archos 50 Saphir is not much of a great offering. The only standout points are the battery and the IP68 certification in an otherwise unimpressive device.