Used and refurbished phones in India now on Amazon 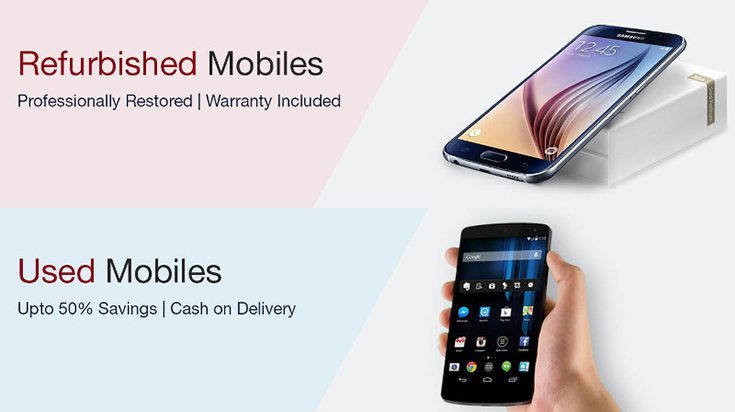 Buying used and refurbished phones in India has become a much easier task thanks to Amazon. Like with their US site, wherein they show products with their original price as well as their used and refurbished prices, Amazon has listed smartphones in a similar way on their Indian site as well. Ever since their entry into India, Amazon has been constantly growing. They’ve kicked out Snapdeal from the second position and are slowly growing to take over the top spot from Flipkart.

Their move to sell used and refurbished phones in India has to be seen as their strategy to solidify their position here in India. They were earlier selling refurbished Samsung and Xiaomi smartphones but didn’t have a dedicated section on the site.

But now they have a dedicated section on their website. Check out the picture below. The advantage is that these phones are up to 25% lesser in their price. That is not all, they have been ‘professionally’ restored to working order and even come with a warranty. 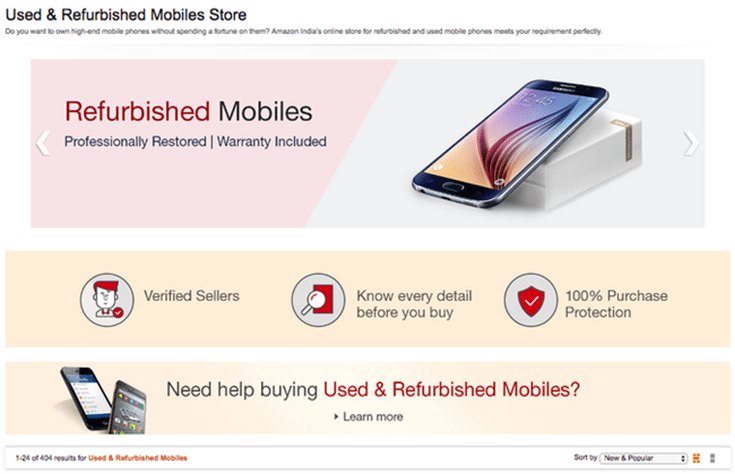 A senior telecom analyst said that the market for used and refurbished phones in India are on the rise. Last year itself over 7 million refurbished phones were sold in India. Currently, Amazon has phones from a lot of manufacturers. Lenovo, Apple, Motorola, Micromax, LeEco are just a few of them.

This year the market for used and refurbished phones in India are expected to increase by a whopping 38%. Amazon wants a piece of this market and they’ve already taken a positive step towards the same. Apple tried to make a move to sell refurbished phones in India but the government rejected their request stating that this would increase the electronic waste in India.

However, used phones from Apple are being sold on Amazon, and there are some pretty good deals. Buying used and refurbished phones in India will never be the same again. Go check out the link given here to see all the fabulous deals.