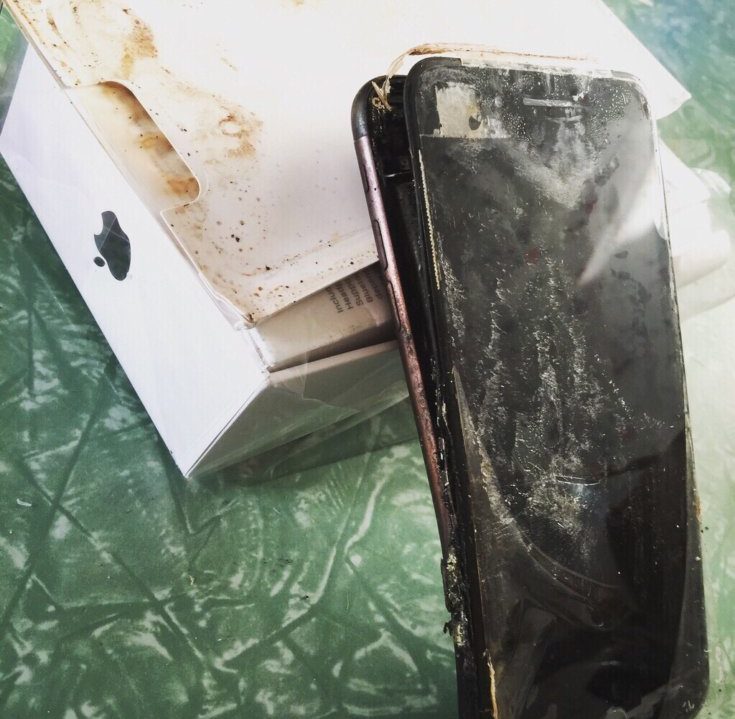 After Samsung made the headlines last month with their Galaxy Note 7 extravaganza, after today’s weird news about Samsung washing machines going haywire, to put the cherry on top we have a report about an iPhone 7 exploding.Yes, you read that right folks, nothing seems to be safe anymore, not even Cupertino sourced products.

To begin with, I must warn you: this is not an established fact just yet, so we must take today’s intel with a big grain of Himalayan salt. However, according to what we know at the moment, it looks like world’s biggest smartphone manufacturers are copying each other even when it comes to Boom Gate (a phrase coined by yours truly). The truth is that until now, Samsung was the copy-cat, being sued repeatedly by Apple for stealing their designs and even marketing strategies, which is pretty funny in my view. In the last years, Samsung improved its image and they even sued back Apple, but that’s another story.

Today it seems like Apple is ripping off Samsung’s Boom Gate in a crazy attempt to distract our attention from the Korean tech giant’s problems. Of course I am only kidding folks, but the thing is, an iPhone 7 just burst into flames today, against all odds as some may believe. The image below was posted by a Reddit user and it shows what appears to be an iPhone 7 Plus which looks like it suffered a horrible experience. According to the smartphone owner, the iPhone exploded while in transit, unlike the Note 7’s defective battery issue.

For the time being, details are relatively scarce and this may be just an isolated case, a divine intervention or purely just a hoax. The user said on Reddit that something weird must have happened between the factory and the delivery. Both Apple and UPS (the delivery company) kept silent with regard to the iPhone 7 exploding but an investigation is sure to follow. What do you think?