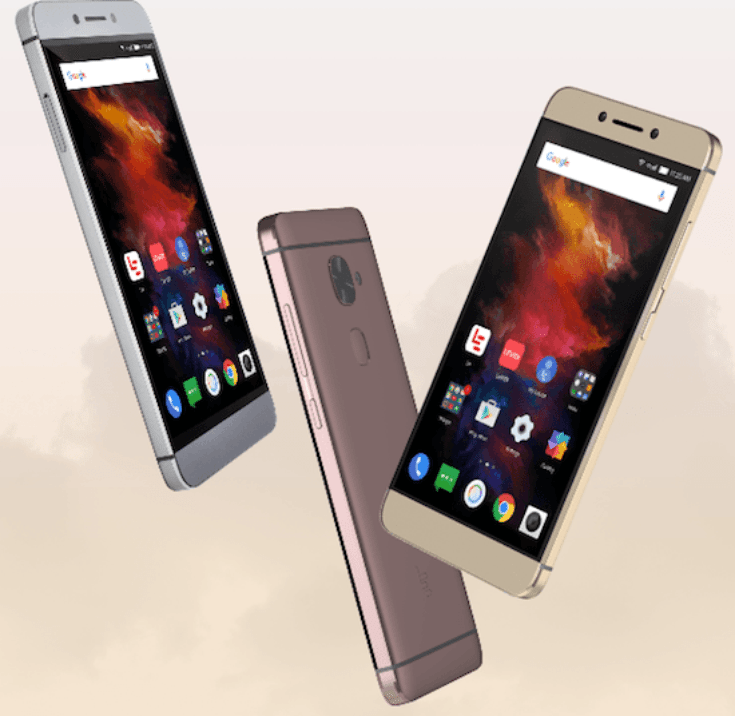 The latest LeEco Le S3 was released a couple of weeks ago, on October 19 in the United States, marking a premiere for the Chinese company, i.e. their first smartphone launched officially for the US market. Until now, you could buy LeEco smartphones from the “gray” market, but now things are changing for the better, at least for the brand’s fan-base. Le Pro 3 was also made available in the US along with the LeEco Le S3 and a few TV models.

However, today a new version of the LeEco Le S3 appeared from the shadows. The current Le S3 comes with a 5.5 inches wide display of full HD 1080 resolution and it’s powered by a Qualcomm Snapdragon 652 system on chip, an octa-core variety with the CPUs clocked at 1.8 GHz. There are also 3 GB of RAM on board and 32 GB of native storage capacity, expandable via micro SD cards. The main camera is a 16 MP snapper while the selfie-camera is half that, 8 MP respectively. The LeEco Le S3 runs on Android Marshmallow and has a 3000 mAh power plant. 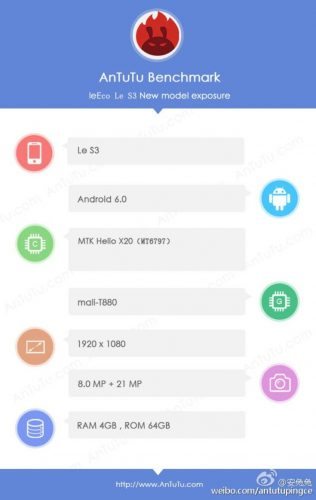 Now, in the interesting part of the news, the Le S3 spotted on AnTuTu  today runs on a completely different hardware platform, a Helio X20 chipset made by MediaTek working together with a Mali T880 graphics processing unit. As per the AnTuTu listing, the new flavor of the LeEco Le S3 boasts 4 GB of RAM instead of 3, while the display is the same 5.5” variety of full HD 1080p resolution. But that’s not all. The main camera’s resolution was bumped at 21 megapixels vs the current 16 MP while the secondary remained the same, standing at 8 MP. The internal storage capacity was doubled to 64 gigabytes, but there’s no intel about the battery capacity.

So, what we’re dealing with here is basically a LeEco Le S3 on steroids and it may be launched soon in countries like India or China, emerging markets that is, as an upgrade to the current version. Stay tuned for more news.