UMi Plus E announced with 6GB of RAM and Helio P20

UMi is a brand we tend to touch on from time to time. Their handsets have improved dramatically since we first set our sights on the company, and the UMi Plus E looks to the latest smartphone from their arsenal. It’s also going to be their best…

You’ll still find Snapdragon’s under the hood of most high-end flagships from major manufacturers, but MediaTek is catching up. That’s what you will find powering the upcoming UMi Plus E smartphone, and it’s going to be speedy as it’s the Helio P20. The chip is far from the only thing that makes the handset one to watch though as we believe you will be impressed by the rest of the specs.

The UMi Plus E is in the phablet class with a 5.5-inch panel put out by Sharp. It has a 2.5D glass Arc screen with a resolution of 1,920 x 1,080. In terms of design, it will have an aluminum metal unibody with the aforementioned curves and a low screen-to-body ratio. It’s a looker and there are plenty of horses under the hood as well. 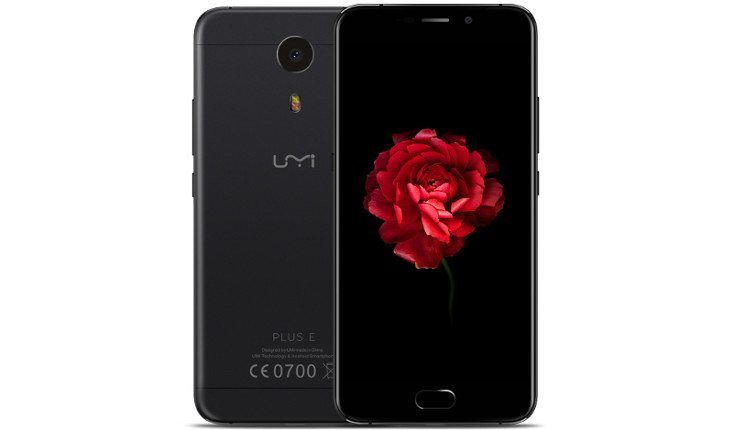 You already know the UMi Plus E is going to be fast with the 2.3GHz Helio P20, but 6GB of LPDDR 4 RAM should make it absolutely scream. If that weren’t enough, the handset also has 64GB of storage which can be kicked up an additional 256GB through a Hybrid SIM setup. The rear camera is solid as well thanks to a 13MP sensor from Samsung with PDAF and dual ISP processing. It also has a Two-tone flash while the front-facing snapper is a 5MP GalaxyCore CG5005 sensor.

You can expect all the usual connectivity options to be present on UMi’s new flagship including Bluetooth 4.1, 4G LTE, Wi-Fi, GPS, and a fingerprint scanner with Touch ID 2.1. A large 4,000mAh Sony battery will help keep the lights on and there is quick charging thanks to the Type-C port and PE+ tech. As you would expect, the OS is listed as Android 6.0 otherwise known as Marshmallow.

From an Aluminum shell to a high-powered processor, the UMi Plus E is one to keep an eye on. The smartphone is set to go up for pre-sale soon with an expected price tag of around $199.99. That price will rise after that period is over and the first units roll out which is something to keep in mind if you are interested in this one.