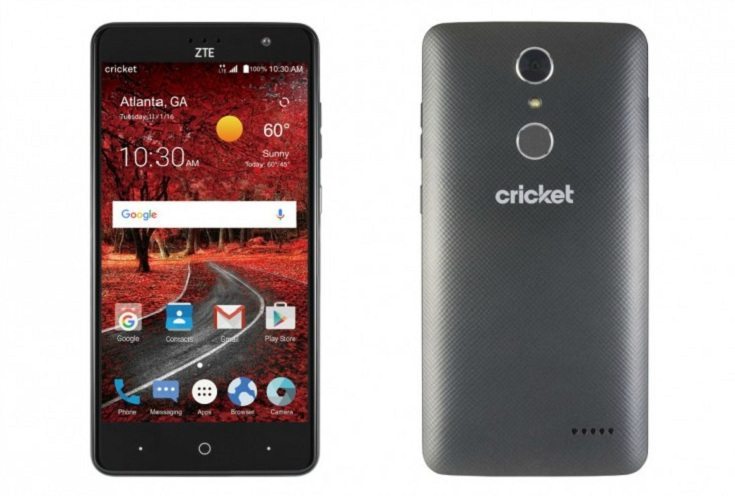 If you’re into budget droids and no questions asked, no deals, no contracts signed in blood, the ZTE Grand X 4 and Cricket have a surprise for you, dear reader. Despite its impressive name, there’s nothing really grand about the ZTE Grand X 4. This baby is part of the X series, courtesy of ZTE, a series which still sells strong among budget conscious droid-aficionados.

The ZTE Grand X 4 is the successor of last January’s X3 and as per today’s announcement, it just became available on pre-pay via Cricket starting from Friday, November 18th. The price tag is clearly the main selling point of the device (pun intended) and the X4 will hit both online and offline stores. Remember, there are no strings attached, no contract, nothing. Pay as you go and go as you pay, you know the drill, alright?

The next question is what do you actually get for that kind of money? As it’s usually the case with ZTE smartphones, the answer is quite a lot. Obviously, the ZTE Grand X 4 is not a flagship, but it still offers pretty good specs considering the price tag. The display is a 5.5 inches wide unit of HD 720p resolution, protected by Corning’s Gorilla Glass 3. The smartphone runs on a Qualcomm Snapdragon 425 system on chip, which translates into a quad core architecture with the Cortex A53 CPUs clocked at 1.4 GHz and working together with 2 GB of RAM and 16 GB of native storage, which is expandable via micro SD cards.

The main camera sports a resolution of 13 MP and there’s also a 5 MP secondary snapper for selfies and what not. The battery is a beefy 3140 mAh unit boasting Qualcomm’s Quick Charge technology, while the ZTE Grand X 4 runs on Android 6.0 Marshmallow out of the box. Looking at the specs, this baby is a clear upgrade compared to its predecessor, having a better SoC, a higher res-camera and a bigger battery.