Meizu M5 Note Metal To Be Launched Together with the M5 Note, Prices Leaked 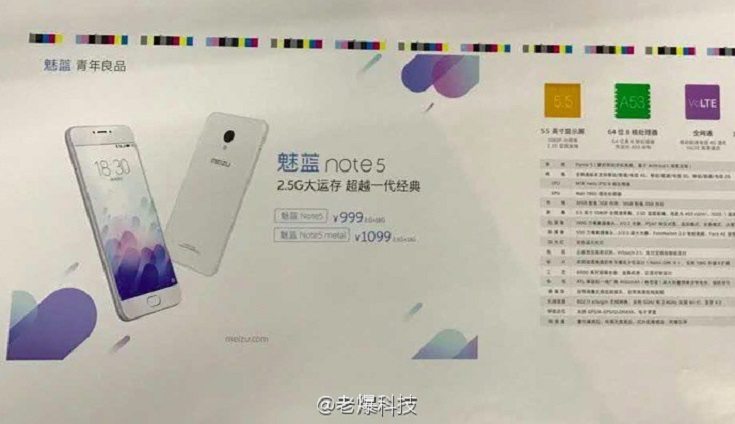 Meizu is one of the best companies out there (in China that is) when it comes to building dirt cheap smartphones with solid specs and great build quality and the upcoming Meizu M5 Note is exactly that: a nice droid with solid mid-range specs and a very affordable price tag. Meizu is expected to launch their latest M5 Note together with the Meizu X during two special events which are to be held on November 30th and December 6th respectively.

The Meizu M5 Note was already “defaced” so to speak, i.e. we know almost for sure that it will arrive with a 5.5 inches wide 2.5D full HD 1080p display, playing in the phablet category and it will run on a Mediatek Helio P10 MT6755 system on chip architecture, with 3 gigabytes of RAM and 32 gigabytes of native storage capacity.  The smartphone will also feature 2 cameras, a main 13 MP snapper and a secondary 5 MP sensor, everything being powered by Android Marshmallow 6.0.1 out of the box.

Today’s breaking news originates from Weibo, the Chinese micro blogging website and if the intel is legitimate, it looks like Meizu will hit us with 2 versions of the Meizu M5 Note on December 6th. According to our leakster, the Meizu M5 Note will be launched together with the Meizu M5 Note Metal at the respective event and judging from the pictures, it seems that both smartphones are running on an octa-core system on chip with a rather odd 2.5 GB of RAM. 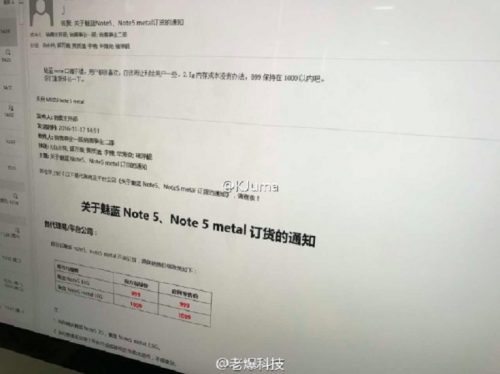