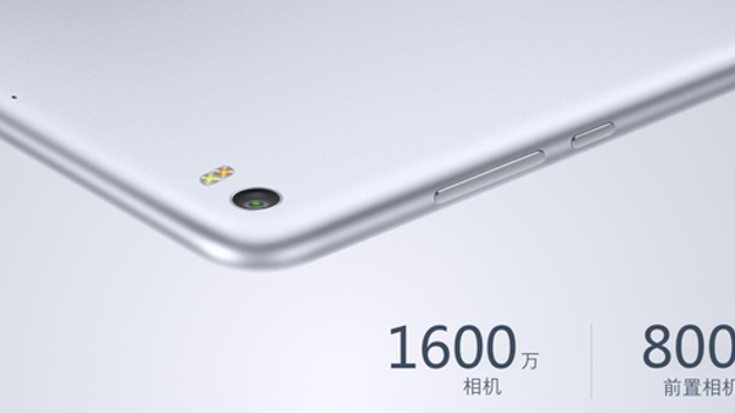 Xiaomi has a lovely new slate set to debut soon, and we may have gotten a look at it early. The Xiaomi Mi Pad 3 specs have leaked through promotional material and has spilled the beans on everything if legit.

If you are in the market for a solid Windows tablet, your choices are just as thin as they are with handsets. There aren’t many good options outside the Surface, but the Xiaomi Mi Pad 3 looks to fit the bill as it will run Windows 10 out of the box. According to today’s leak, the Xiaomi Mi Pad 3 specs will also impress as you’ll get plenty of everything in a razor thin 6.08mm metal shell.

Xiaomi is going all out with the Mi Pad 3 and it will be large with a 9.7-inch panel. Not just any panel mind you, but one with a resolution of 2,048 x 1,536. Beneath that glass, you’ll find the m3-7Y30 Intel 7th Gen Core M processor along with a whopping 8GB of RAM. That is not a typo, you will have plenty of horses under the hood. The storage capacity is quite nice as well at 128GB or 256GB depending on how you roll.

The Xiaomi Mi Pad 3 may be a slate, but it has a few phone features. One would be the camera combos as this baby has a 16MP rear camera with an LED flash and an 8MP front-facing snapper. It also has a fingerprint scanner, something you don’t see on too many slates. Other Xiaomi Mi Pad 3 specs to note include a USB Type-C port, Dual Speakers, and a large 8,920mAh battery. 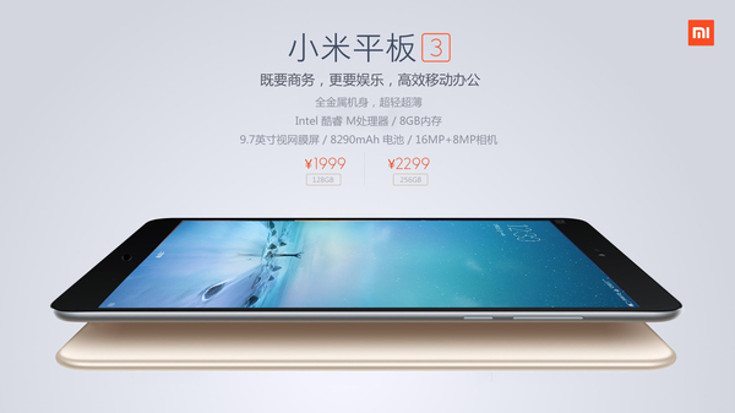 As nutty as those specs seem, it will apparently be affordable if the rumor mill is right. The promotion material shows the Mi Pad 3 price to be the equivalent of $289 for the 128GB model or $332 for the larger 256GB version. There will be a keyboard dock as well and we wouldn’t be surprised to see a few more accessories appear. The Xiaomi Mi Pad 3 release date is rumored to arrive on December 30th, we will keep you in the loop on any news of an international release.