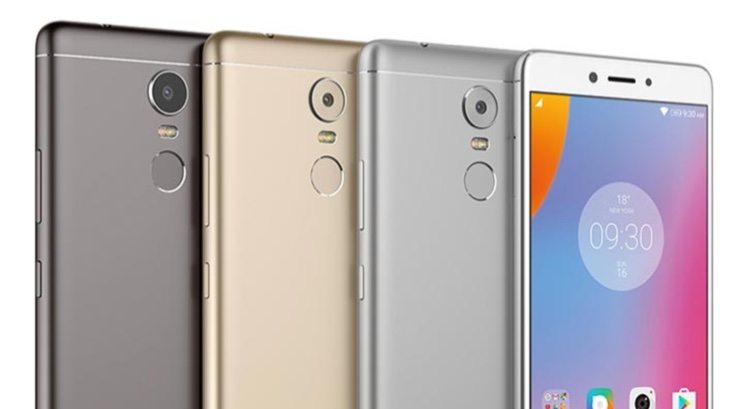 Lenovo first took the wraps off the K6 Note smartphone last year and more recently it was released in India. It has a sizeable battery that should provide plenty of juice to keep things running nicely, but how does it compare in this respect with other devices of a similar ilk? Details ahead are of Lenovo K6 Note battery testing vs the Moto G4 Plus and more.

The Lenovo K6 Note has a 4000 mAh battery in comparison with the 3000 mAh battery of Motorola’s Moto G4 Plus. These were tested recently and charts show the battery life performance results of these and many other handsets. These include the Asus Zenfone Max, Lenovo Vibe K5 Note, and Xiaomi Redmi Note 3 Pro. The battery life testing covered six major categories, Talk Time, 3G Browsing, WiFi Browsing, Video Playback, Charging Time, and Standby Time.

In the Talk Time category the Huawei Honor 5C and Asus Zenfone Max (ZC550KL-6A072IN) achieved joint top spot with a time of 33 hours and 19 minutes. The Lenovo K6 Note and Samsung GalaxyOn 8 were next in line, both on a time of 25 hours and 5 minutes. The Moto G4 Plus was one of several phones following very closely behind, this time on 25 hours and 3 minutes (see chart below). In bottom place of the phones listed was the Samsung Galaxy On Nxt (aka Galaxy J7 Prime) with a much lower 16 hours and 42 minutes. 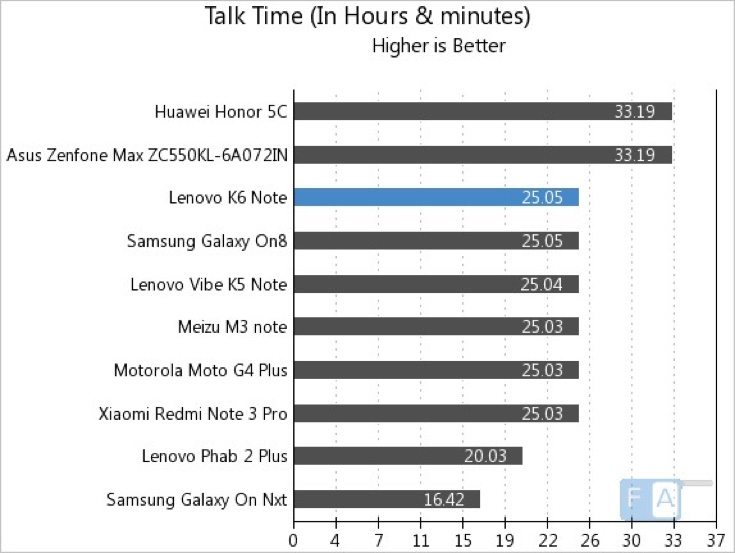 We move next to 3G Browsing and the Asus Zenfone Max took top honors again with a time of 11 hours and 8 minutes. This time the Lenovo K6 Note battery put it in fourth position with 7 hours and 43 minutes, and the Moto G4 Plus was in the lower half of the table with 5 hours and 31 minutes. Once again the Samsung Galaxy On Nxt was in last place with 4 hours and 33 minutes.

For WiFi Browsing the K6 Note achieved equal fourth place alongside the Redmi Note 3 Pro, both with 9 hours and 6 minutes. Once again the Zenfone Max managed significantly longer and was top (14 hours and 13 minutes). Bringing up the rear this time was the Lenovo Phab 2 Plus on 5 hours and 54 minutes.

In the middle of the Video Playback battery life chart (image below) were the Lenovo K6 Note and Samsung Galaxy On 8 with times of 12 hours and 32 minutes. Top was the Meizu M3 Note (20 hours and 4 minutes), followed by the Zenfone Max and Redmi Note 3 Pro (20 hours and 3 minutes). The Galaxy On Nxt was back in bottom place with only 8 hours and 21 minutes, with the Moto G4 Plus only just above it on 8 hours and 22 minutes. 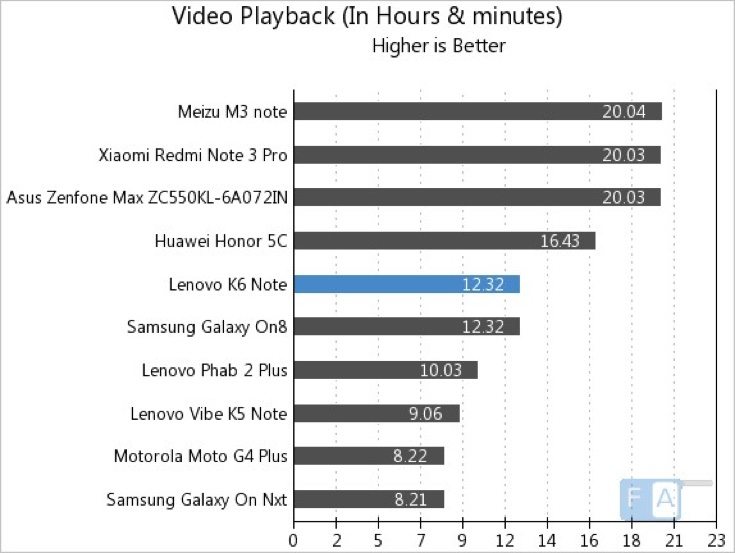 The Lenovo K6 Note didn’t fare too well in the Charging Time category. It was in penultimate place taking a time of 2 hours and 14 minutes to charge. Only the Asus Zenfone Max was slower on 4 hours and 40 minutes. This time the Redmi Note 3 Pro beat the rest as it took only 1 hour and 3 minutes to charge with Fast Charging. The Moto G4 Plus was second with a time of 1 hour and 6 minutes.

Finally we arrive at Standby Time and top of the table was the Xiaomi Mi Max on 55 days. The Lenovo K6 Note was nearly in last position again on 34 days, with only the Moto G4 Plus below on 33 days. For further chart illustrations, details of battery life test procedures and more please head to the source below. In this Lenovo K6 Note battery testing vs Moto G4 Plus and others, are you satisfied by the results for the K6 Note or not?