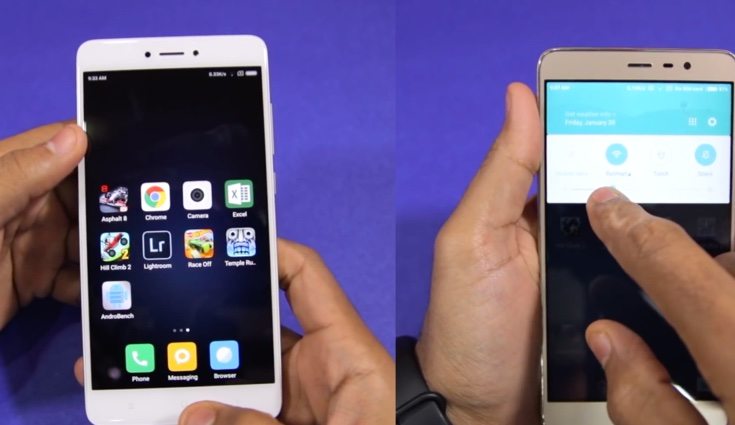 The Xiaomi Redmi Note 4 smartphone was announced for China last year and finally also launched in India last week. Demand will be high following the popularity of its predecessor the Redmi Note 4. Comparing certain aspects of smartphones is often a good idea so today we’re sharing a Redmi Note 4 vs Redmi Note 3 speeds contrast.

Although both of these Xiaomi smartphone were launched in China with Mediatek processors, we should point out that the phones in this comparison are the models launched in India that have Qualcomm Snapdragon chipsets. Redmi Note 4 specs include a 2GHz Snapdragon 625 octa-core processor with Adreno 506 graphics. Meanwhile the Redmi Note 3 specs include a Snapdragon 650 hexa-core processor (four cores at 1.4GHz and two at 1.8GHz) and Adreno 510 graphics.

Bearing in mind that the Snapdragon 625 chipset of the Redmi Note 4 is not as fast as the Snapdragon 650 in the older Note 3 the results could be interesting. The video that we’ve embedded below this post shows a Redmi Note 4 vs Redmi Note 3 speed comparison. There are different RAM variants of these smartphones and the Note 4 in this testing has 4GB RAM while the older Note 3 has 3GB RAM. The video shows a run of 8 apps being opened and timers show how the speeds compare.

We are not going to tell you which is the quickest as you might prefer to find out when you watch the comparison. Next there’s a demonstration of multitasking. Following this is an observation regarding how one of the phones was notably faster than the other referring to NAND storage. It’s an interesting comparison and when you’ve checked out the Redmi Note 4 vs Redmi Note 3 speed contrast video we’d be interested to hear your views. Are you considering buying the Xiaomi Redmi Note 4?