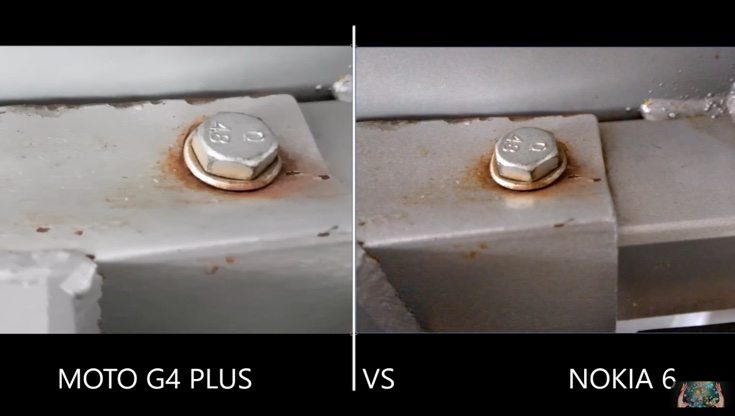 There is massive interest right now in new and upcoming Nokia Android smartphones and the Nokia 6 that was recently launched is attracting plenty of attention. Those who are interested in smartphone photography might like to check out how it performs in this respect against another mid-range smartphone. The Nokia 6 vs Moto G4 Plus camera testing comparison we’re sharing today gives some idea.

The Nokia 6 is officially available in China and it’s thought it will soon launch for other markets. It’s currently in huge demand and selling out quickly in flash sales. The Motorola Moto G4 Plus released last year and is in a similar price category to the Nokia 6. They also have a similar camera set-up so comparing how they perform in respect of their video capture should be interesting.

Before the video we’ll recap you on the camera specifications of these two smartphones. Both handsets have a 16-megapixel rear camera with dual-LED flash, phase detection autofocus, and 1080p video capture. The Nokia 6 has an 8-megapixel front-facing camera while the Moto G4 Plus has a 5-megapixel front-facer. The 10-minute video embedded beneath the article shows the Nokia 6 vs Moto G4 Plus camera performance and displays the results of both in split screen for an easy comparison.

It begins with some outdoor video footage and one thing immediately evident is the difference in colors. We’re not going to say which we think is best, as we’d like to hear your opinions without influencing your choice. The comparison moves on to some indoor video capture that also shows the zoom effect. Along the way there are also a few observations from the reviewer regarding what you can see.

If you enjoy the video below you might also like to watch another recent camera comparison, this time of the Nokia 6 and iPhone 7 Plus. When you’ve checked out the Nokia 6 vs Moto G4 Plus camera comparison we’d be interested to hear opinions from readers. Which of these do you think does the best job with video capture?