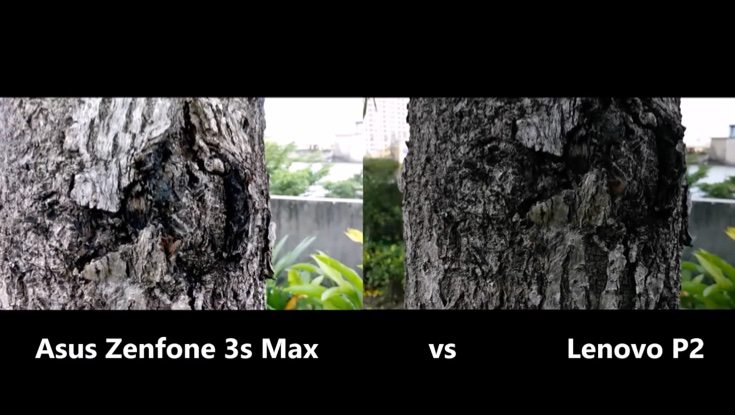 Two new mid-range smartphones from Lenovo and Asus are currently generating plenty of attention. Some buyers may be trying to choose between them, and those who particularly enjoy smartphone photography might like to consider this aspect of the devices. A look at the Lenovo P2 vs Asus Zenfone 3S Max camera video performance will give an idea of how they compare.

Both of these smartphones were officially launched in India very recently. The Lenovo P2 comes in 3GB or 4GB RAM variants priced at Rs. 16,999 and Rs. 17,999 respectively. The Asus Zenfone 3S Max has 3GB of RAM and a price of Rs. 14,999 so is a bit cheaper. They both have sizeable battery capacities and are aimed at a similar sector of the smartphone market, so camera testing should be interesting.

Beneath this article we’ve embedded a video showing Lenovo P2 vs Asus Zenfone 3S Max camera testing. It begins by showing some video footage taken outside with both smartphones and displayed in split-screen for an easy comparison. This clearly shows differences between the two including the sharpness, brightness, and image stabilization. During the video you can also hear observations from the reviewer giving some further insight.

Camera performance preference is very subjective so we don’t want to influence your choice as to which of these two smartphone cameras does the best job. We’re interested to hear your opinions though, so when you have watched the Lenovo P2 vs Asus Zenfone 3S Max camera comparison, why not send us a comment. Which of these two devices do you think offers the better quality footage?