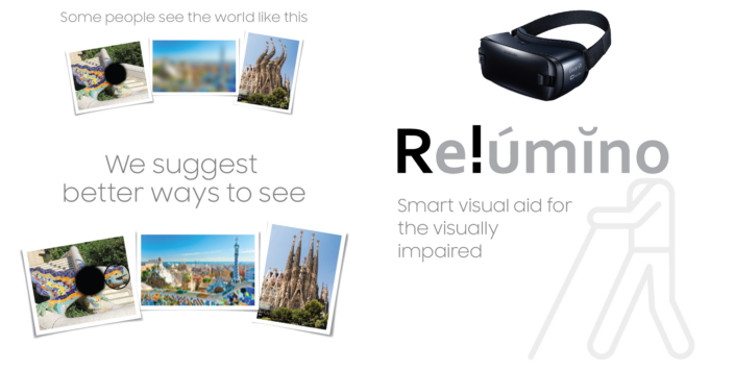 Samsung’s secretive C-Lab has produced some cool concepts over the years. It seems they are locked into AR and VR this year, and we’re going to see several new projects when MWC 2017 kicks off.

One of the new Samsung C-Lab projects is dubbed traVRer. As the name implies, it is a VR application built for globetrotters. It utilizes 360-degree videos to let you take a virtual trip without leaving your home in a seamless experience on the Gear VR. VuildUs is another Gear VR app but with home furnishings in mind. This one can take a shot of your living space and then allows you to place 3D furniture to get an idea on a look before committing. You can also order real version of said furnishings from within the app, and won’t need to measure as VuildUs handles that with its unique sensor setup.

Monitorless is one of the more unique concepts from Samsung C-Lab. In a nutshell, there is a special pair of glasses that lets you view content from other devices without having to use a monitor… because the monitor is the glasses. As for the content, PC’s and smartphones were mention along with the ability to play PC games on a mobile. The diagram will explain it better than we can and AR/VR will factor in thanks to the electrochromic glass lenses. 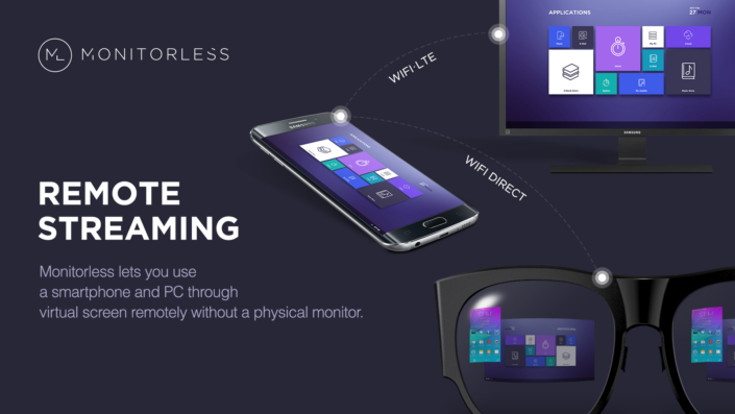 Last but certainly not least is a project that can help folks with visual impairments. It’s called Relúm?no and is said to assist folks with reading and watching TV. The Gear VR will work alongside an app which can “enhance visuals” making it easier for people with vision issues to make out what’s being displayed. What’s cooler is the fact it can actually remap a blind spot in your vision through image displacement and technological sorcery.

As with many of the Samsung C-Lab projects, there is no guarantee any of these will hit the Gear VR. Relúm?no seems like the most likely candidate along with Monitorless although traVRer and VuildUs strike the right note with consumers as well.