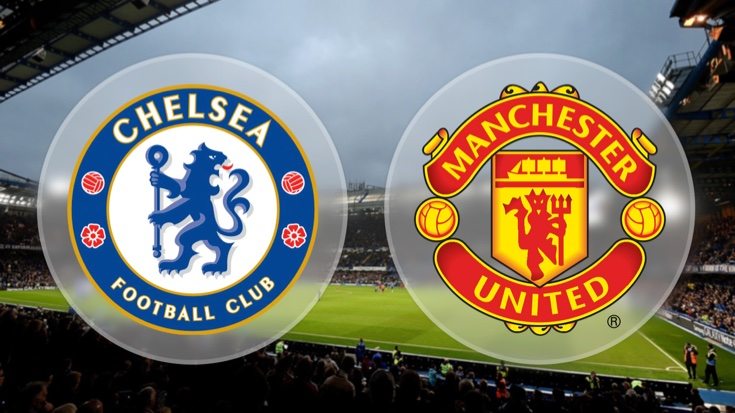 The hotly anticipated FA Cup quarter-final between the Blues and the Red Devils takes place this evening. This will definitely be one to watch and fans of both clubs will want the news about the starting elevens as soon as possible. You can get the confirmed Chelsea vs Man Utd lineups via the Forza update. This is one of the best free football apps available and it offers a huge variety of features to users.

The Chelsea vs Manchester United kickoff time is 7:45pm and supporters of both teams know the significance of this game. Chelsea FC look unstoppable for the Premier League trophy but that won’t stop the team going all out for the FA Cup as well. On the other hand this could be the only chance of silverware for Man Utd so the title takes on extra importance.

The latest team news for both clubs is very different as Antonio Conte has a fully fit squad to choose from. Captain John Terry has played in every FA Cup round so far this season and fans may be wondering if that will be the case again today. However, for Jose Mourinho it’s more a case of who is fit to play rather than a tactical choice. The club has a crisis on the striker front with Wayne Rooney, Anthony Martial, and Marcus Rashford all out through injury or illness. Meanwhile Zlatan Ibrahimovic is unable to take part because of suspension.

Today’s Chelsea vs Man Utd lineups will be much awaited and that’s where the free Forza Football app will come in really useful. The Android and iOS versions of the app are available from Google Play and have a huge amount to offer. Among the top features are extremely speedy notifications. These can be personalised so that you receive news about the club of your choice including the confirmed lineups with formations as soon as they are made official. Users can also receive notifications for match reminders, match start, goals, video highlights, yellow and red cards, and half-time and full-time results.

Other features include opinions polls and the chance to be part of a real football community embracing more than 560 leagues and cups across the world. Another excellent aspect of the app is live scores, so if you can’t be watching the action unfold you can still follow the Chelsea vs Manchester United live score. The Forza Football Android app was updated yesterday and compatibility varies by device. Alternatively the Forza Football iOS app was updated two days ago and is compatible with iPhone and iPad running iOS 8.0 or later. You can download either from the links below.

Are you itching for tonight’s FA Cup quarter-final to get underway? Will you use this free app for the confirmed Chelsea vs Man Utd lineups? Why not also give us your predictions for the result of this important fixture.