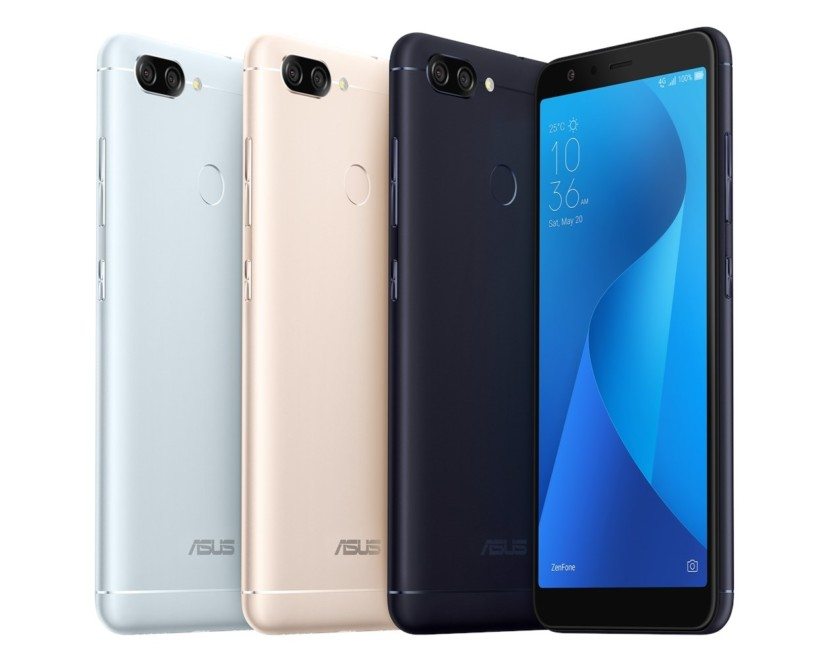 ASUS might not be the first name you hear when you go shopping for a new smartphone in the local store. Their laptops are in the homes of millions of customers worldwide, and in the past few years they slowly started getting their hands wet in the smartphone world. The famous ZenFone won the hearts of many customers, with few more releases past it. Now, they released the ZenFone Max Plus, a beast of a smartphone on first look. Let’s see what it can offer.

The ZenFone Max Plus sure does follow the latest design trends. The front is mostly consisted of the 5.7” FHD+ display. It is capped at 2160 x 1080 resolution, with an aspect ratio of 18:9. This is the second ASUS device to feature that aspect ratio, with the Pegasus 4S being the first one. The bezels are really small, with a slight curvature on the edges that gives it a nice look when watched. On the back, the dual-lens camera setup is in the top corner, with the fingerprint sensor right in the natural middle spot. Again, as many other devices, it does look a bit like the iPhone, but many won’t be bothered from that.

Performance-wise, the ZenFone Max Plus should be great for the casual productivity user. It features a MediaTek 6750T chipset, which will handle most tasks thrown at it. It comes in two versions of RAM and internal storage – one with 2GB/16GB and the other with 3GB/32GB respectively. I would recommend the later one, as the 2GB version might not be as future proof as possible. Apps are more and more RAM and storage hungry, so the bigger the memories the better. MicroSD expansion is available up to 256 GB, so you shouldn’t worry for the internal storage that much. On the other hand, the battery powering this device is a beast! Capped at 4130 mAh, it should be lasting you somewhere around 2 days, depending on your usage of course.

The cameras take decent pictures, but don’t expect anything more from that. The setup is not that bad – the first is 16PM, while the other is 8MP, with a portrait mode enhancement. Pictures coming out of this are sharp, and color saturation is decent, but it is missing in the dynamic range department. The portrait mode is good only if you have decent lightning and less complex backgrounds. Also, blurring around the edges could be a hit or miss, so keep in mind for that. The front facing camera is decent though, as the 8MP wide-angle shooter should satisfy any casual selfie lover.

The ZenFone Max Plus comes with Android Oreo 8.0 out of the box, with ASUS’ ZenUI 4.0 skin on top of it. The UI is highly customized and it packs a lot of features with it, but it could be overpacked on first look. Fortunately, you could grab a launcher from the many available in the Google Play store, depending on your needs.

There is still no pricing available for the ZenFone Max Plus, nor when it will be released. We will update this article as soon as we get the information from ASUS, but judging from the accidental Russian listing, we could say that it will be released there first.

What do you think of the ASUS ZenFone Max Plus? Share your opinions in the comments below.