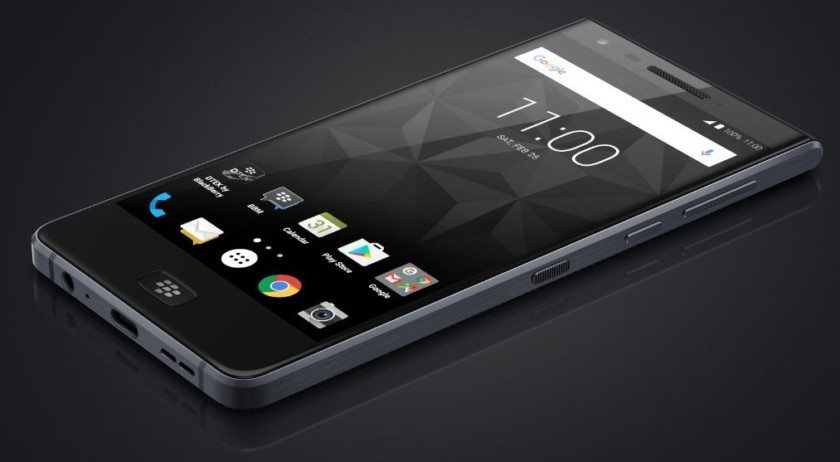 Blackberry doesn’t come up as the first brand to consider when you’re going shopping for a new smartphone. Although we could safely say that they’re trying to bring it back. The company went through rough times neglecting the changes in the mobile phone world. Today, the brand is bought by a Chinese company, dedicated to improving it and bring it back to the top. And they’re on a good road – the devices come with stock Android, and they’re still keeping the great security features Blackberry is known for. The KEYOne was the most recent one, boasting great performance and security features while keeping the recognizable physical keyboard. Now, they’re releasing the Blackberry Motion – an excellent smartphone without a physical keyboard. Let’s see what this device can offer.

Blackberry was never afraid to put on a bold design, and the Blackberry Motion is not a stranger to this. The industrial look gives a proud stand among bezel-less screens and curvy designs. The Motion is made from metal and carbon fiber, which is pretty soft on the touch and grippy. It does look like a small brick with the sharp edges, but again, it is what Blackberry is most known for. On the front, you will find the 5.5” LCD display with 1080p resolution. It can get very bright, colors are accurate and viewing angles are great. Right under it, the fingerprint/home button is placed, with the Blackberry logo on it. And on the back, you will find the camera setup on the top, with the company logo in the middle.

On the inside, the Blackberry Motion is nearly identical to the KEYone. The Snapdragon 625 processor will tackle anything you throw at it, and the 4GB of RAM should be enough for the biggest of multitaskers. It will come with 32GB of internal storage, and you can further expand it with a MicroSD card if needed. The battery is the biggest upgrade from the KEYone though – the Motion is packing an enormous 4000mAh battery! That should easily last you through two days, even if you’re a power user. And when you need to top it up, Quick Charge 3.0 will make that faster than regular chargers.

There is a single camera lens on the main shooter, but don’t be disappointed. The 12MP camera is excellent in bright environments, taking sharp and detailed pictures. They’re full on contrast and with decent color saturation. But after the sun goes down, the Motion struggles from the same problems as the KEYone. Photos come washed out, with ton of noise and overexposed. But if night shooting is not a thing you do a lot, the Blackberry Motion should satisfy your needs. On the front, the 8MP camera is more than enough for the occasional selfie or video chat, but don’t expect anything amazing.

The Blackberry Motion comes with Android Nougat 7.1.2, with an Oreo upgrade planned for early next year. There are little new features added by Blackberry, which is something they’re sticking to. The added features from Blackberry is what makes this device differentiate from other Android devices. Namely, the DTEK security suite keeps every information on your device safe, while the Blackberry Hub collects all your notifications in one place.

The Blackberry Motion is available for purchase currently in Canada only, with more countries coming soon. It is priced at $599 CAD (which is around $465 USD).

So, what do you think of the Blackberry Motion? Would you buy it when it comes to your country? Share your opinions in the comments below.

One thought on “Blackberry Motion released!”