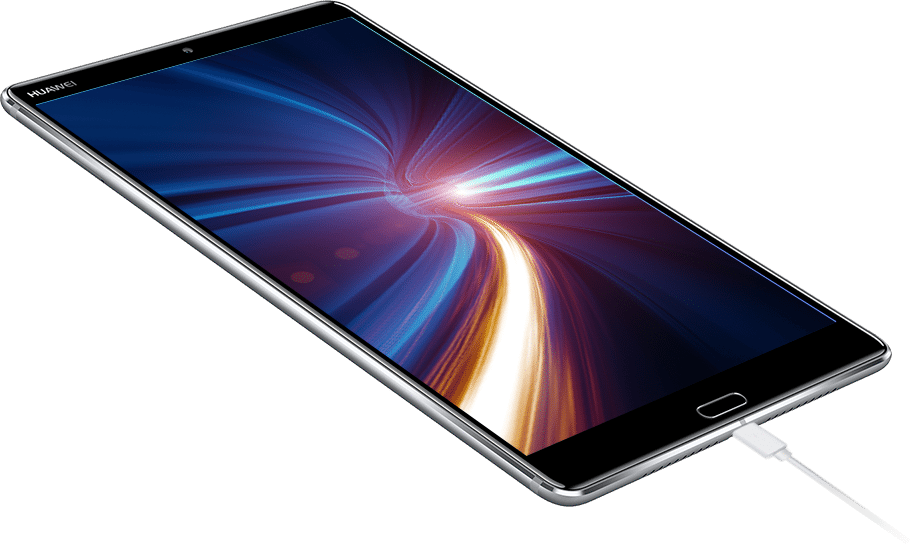 The tablet market is at a stale, mainly because you don’t need to upgrade them as often as smartphones. Nevertheless, its good to see companies releasing new devices for this market. Huawei is one among them, and we’ve mentioned their devices previously. The MediaPad is one of the best tablets in the midrange market available right now, and we’re glad it’s getting an upgrade. Meet the Huawei MediaPad M5!

Starting with the design, the MediaPad M5 is a device that won’t win any awards for it. Nevertheless, that doesn’t mean that it lacks any charm. The back is made from aluminum, which a nice move from the old plastic materials on every other tablet. The antenna bands are placed nicely on the top and bottom edges, and don’t stand out that much. On the front, you will find the display under the curved 2.5D glass. It will come in two sizes – 8.4” or 10.8”. Both will have the same “ClariVu” IPS LCD panel with 2560 x 1600 resolution. It is pretty bright and has a decent color saturation, neglecting the fact that it is a LCD panel. You’re also getting the fingerprint sensor on the front. Switching to the back, the rear camera setup is in the top left corner, with the Huawei logo sitting proudly in the middle.

Performance-wise, you’re getting a small powerhouse. The Huawei MediaPad M5 will feature the Kirin 960 chipset, which was released last year. We would have loved for the AI-ready Kirin 970 to make an appearance, but the 960 is also great. Accompanied by 4GB of RAM, you can try to make this tablet sweat. It can handle even the most notorious multitaskers, making it a great device for light work outside the office. For internal storage, you will have the option for 32, 64 or 128GB of it. The 8-inch model will have a 5100mAh battery, while the 10-inch cranks it up to 7500mAh. Huawei claims that you’ll get up to 11 hours of Full HD video content on the smaller and 10 hours on the bigger device.

For the cameras, you’re probably not getting a tablet to take pictures with it. Nevertheless, you’re not left in the dark. The Huawei MediaPad M5 will feature a 13MP shooter on the back and an 8MP sensor on the front. For that rare moment, the rear camera should capture a decent photo. Just don’t go out and shoot pictures with a giant tablet, please. The front camera is more than enough for the casual selfie or conference call.

The Huawei MediaPad M5 will feature Android Oreo out of the box, with Huawei’s own EMUI 8.0 skin on top of it. It does pack in some great features, though the looks might alter some users away. Other notable features in the MediaPad is the audio, since they codeveloped the speakers with Harman Kardon. You’re getting a dual speaker on the smaller and four speakers on the bigger device. Also, you can optionally buy a custom keyboard and pen for both these devices, which complement them nicely. They’re probably more suitable for the 10” version, but you can also get them for the smaller one.

The Huawei MediaPad M5 will be available for purchase at the end of this spring. Unfortunately, prices have not been announced.

So, there you have it. What are your thoughts on the Huawei MediaPad M5? Share them in the comments below.