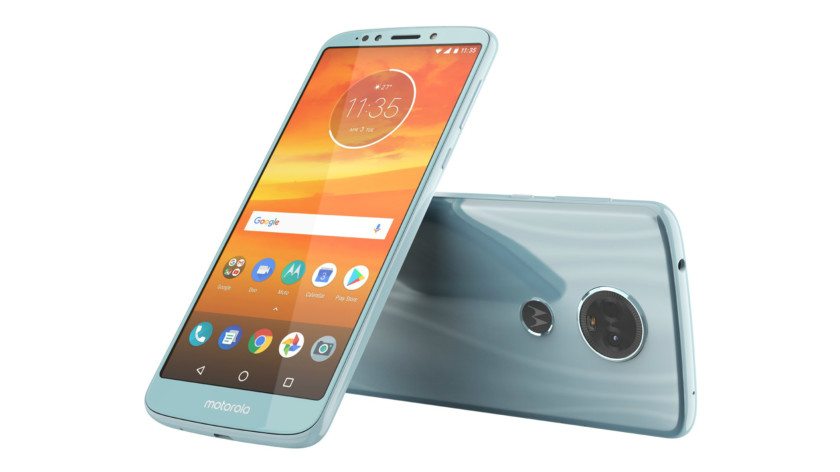 Lenovo acquired Motorola few years ago, and they managed to keep their tradition. Motorola is one of those companies that you look for when you’re looking for the best value in your smartphone. The company brought many devices that users loved, such as the Moto G and the Moto E. I recently wrote about the regular version of the moto E5 – you can check it out here. Today, we have rumors about the Moto E5 Plus, the beefier version of the best budget phone. Let’s take a look at them!

Mainly, the most recent thing that leaked about the Moto E5 Plus is an image of the device. Courtesy to Evan Blass, famously known as @evleaks, who posted the image of it, and we can see few new things about it. First, we can see that this might be the first device in the E series to be designed from glass. That is present on both the front and the back, which is rare to be seen on budget devices. Next, the screen will jump to the 18:9 aspect ratio wagon, which slowly becomes the standard among manufacturers. There are no capacitive buttons – they’re replaced for software ones. The fingerprint sensor has been moved to the back, placed at the Moto logo. The circular camera cutout is right on top of it.

Details about the hardware inside the Moto E5 Plus are low, but we can expect a decent entry device. The chipset will most likely be a quad-core processor from Qualcomm, accompanied by 3GB of RAM. You’re also going to get 64GB of internal storage that can be further expanded with a MicroSD card. The main headline for the Plus series is the battery, and the Moto E5 Plus is no exception to that. Judging from the E4 Plus and the 5000mAh battery that it featured, we’re also expecting some value around this range for the E5 Plus.

On the camera side, you’re going to get a decent package. It should feature a 16MP dual lens setup on the back, with an 8MP sensor on the front. The second sensor on the back should be a wide angle but take this with a grain of salt. Nevertheless, you’re going to get great pictures with good color saturation and dynamic range. You cannot avoid the noise in poor lightning conditions, but that is expected on many other devices. On the front, the 8MP sensor is great for your selfies, and the added flash should make up in dark places.

Finishing with the software, the Moto E5 Plus will feature a stock version of Android Oreo. This is the feature that Motorola is most known for, so we’re not expecting anything else. It has only few added features that are not useless, while keeping the rest unchanged. We’re not sure in how many colors it will come, but this blue is pretty nice.

There are no precise details about the release date, but we should expect it around late spring – early summer. The Moto E4 Plus should be priced around $180.

So, there you have it. What are your thoughts on the rumors about the Moto E4 Plus? Share them in the comments below.