ASUS ZenFone 5Z – the Android version of the iPhone X? 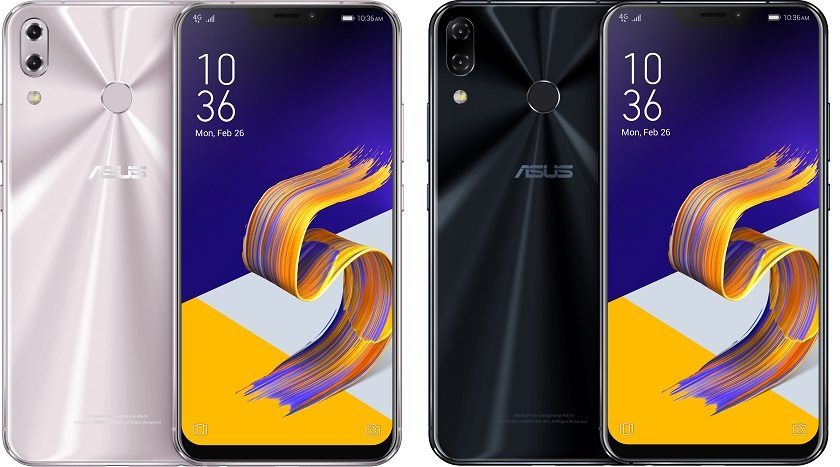 ASUS is one of the big players in the laptop market, and you’ve probably seen many of their devices across stores. What you probably haven’t seen much from them is smartphones, at least in the West. But, they’re trying hard to break in that world as well, and they’re already doing great in many Asian markets. At the Mobile World Congress in Barcelona, ASUS announced the 5 series of the ZenFone lineup. The most interesting of the bunch is the ASUS ZenFone 5Z, the company’s flagship offering. Let’s take a look at it.

The main headline of the ASUS ZenFone 5Z is the design, and you can probably see why. The device is heavily marketed towards the iPhone X, and on the keynote, they compared them against each other. Starting with the front, the ZenFone 5Z features a 6.2” Full HD+ display with 18:9 aspect ratio. It has 90 percent screen-to-body ratio, which is incredible. Therefore, the bezels are really small, with the bottom bezel being the most notable. Personally, I’m not a fan of the notch, and I don’t want it to become a trend among other manufacturers. Though I get the point that you need to appeal to those that want an iPhone X, but don’t want to give $1000. On the back, you will find the camera setup in the same position as on the iPhone X. The fingerprint sensor is in the middle of the glass back.

On the performance side, you’re getting the best that is available right now. Starting with the chipset, the ZenFone 5Z features the Snapdragon 845 processor. Accompanied by the Adreno 630 GPU, it will handle any task you throw at it. And with the 6GB of available RAM, even the most notorious multitaskers won’t be able to slow this phone down. You will get 64GB of internal storage, which can be further expanded with a MicroSD card. Finishing the hardware part is the 3300mAh battery, which should last you through a full day of use.

Switching to the cameras, the ZenFone 5Z features a dual camera setup on the back. The main camera is a 12MP shooter with f/1.8 aperture, while the second is a wide-angle lens. I personally like the wide-angle option, as it is probably the most useful feature found on a smartphone. Therefore, the pictures coming out from the 5Z were good, with excellent color saturation. We’d have to test it out more though, when it gets released. On the front, you will find an 8MP shooter – perfect for your selfies.

The ZenFone 5Z will feature Android Oreo out of the box, with ASUS’s ZenUI 5.0 skin on top of it. It is moderately modified, with some useful features. The other part in which the ZenFone excels is the audio department. You’re going to get two stereo speakers that are driven by separate amplifiers. Therefore, you’re going to get a louder sound with less distortion. Again, we would have to wait for the device to be released and test these claims.

The ASUS ZenFone 5Z is going to be released in June, with a price starting at $500.

So, what are your thoughts on the ASUS ZenFone 5Z? Share them in the comments below.