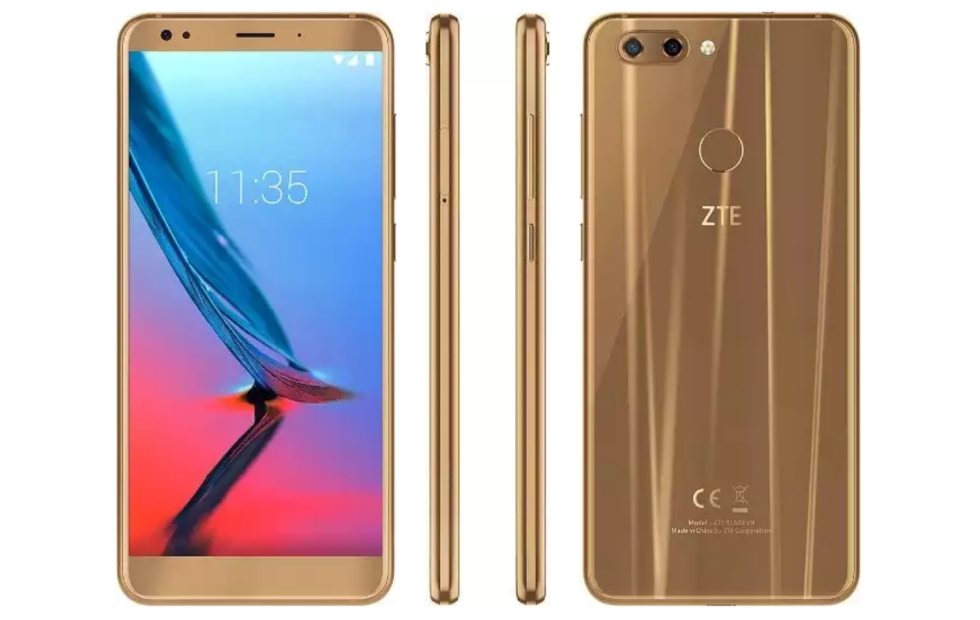 ZTE is doing well in all markets, but they’re not trying to compete with the big competitors. Instead, they’re releasing devices that give you features that you can find on other flagship devices, for a fraction of the price. The Blade series is a prime example of this, and last year’s V8 did exactly that. And now, ZTE announced the next generation of the Blade series at MWC 2018 in Barcelona. Meet the ZTE Blade V9 and V9 Vita!

Starting with the design, both devices have pretty standard looks, with the V9 being the more stylish. Compared to last year, the build quality on both devices has improved. The ZTE Blade V9 features “Aurora Glass” – a glass material that gives the device a premium look. The V9 Vita is missing out on this, but it has a nice mat metal finish, that reminds me a lot to the OnePlus 5. Both devices on the front feature a tall display that is capped at 1080p resolution. The V9 has 84 percent screen-to-body ratio, while the V9 Vita has 81 percent. Rotating to the back, the placement on the camera setup and fingerprint sensor are identical on both devices. The camera is in the top corner, with the fingerprint sensor placed right in the middle.

The difference between the ZTE Blade V9 and the V9 Vita is in the internals. Starting with the regular V9, the device features the Snapdragon 450 chipset. It is accompanied by either 3 or 4 GB of RAM and 32 or 64GB of internal storage. It is clearly targeted towards the midrange market, but the increased RAM should satisfy regular multitaskers. The V9 Vita features the Snapdragon 435 processor, 2GB of RAM and 16GB of internal storage. Obviously, this is targeted for budget users that require small heavy tasks on use. Both devices will feature a 3100mAh battery, which should last you through a full day of use.

Switching to the cameras, again, both devices have the same setup. On the back, you will find the dual 13MP + 5MP camera with f/1.8. The second camera is for capturing the famous bokeh effect, making the background around a subject blurred. Pictures coming out of it are decent, with good dynamic range and color saturation. On the front, you will find the 8MP camera on the ZTE Blade V9, and a 5MP one on the Vita. Both should be more than enough for all of your selfies. Those also pack in face unlock capabilities, in case you don’t want to use the fingerprint sensor at all.

Finishing with the software, the devices will feature Android Oreo out-of-the-box. It will come with the company’s “Stock Plus” skin on top of it. And as the name suggests, it is nearly stock, in a way identical to the Pixel smartphone. It packs some added features, but nevertheless, it should give you a near stock experience.

The ZTE Blade V9 and the V9 Vita should be released near the end of spring or the begging of summer. Unfortunately, there is no information about the price for both devices.

So, there you have it. What are your thoughts on the ZTE Blade V9 and the V9 Vita? Share them in the comments below.