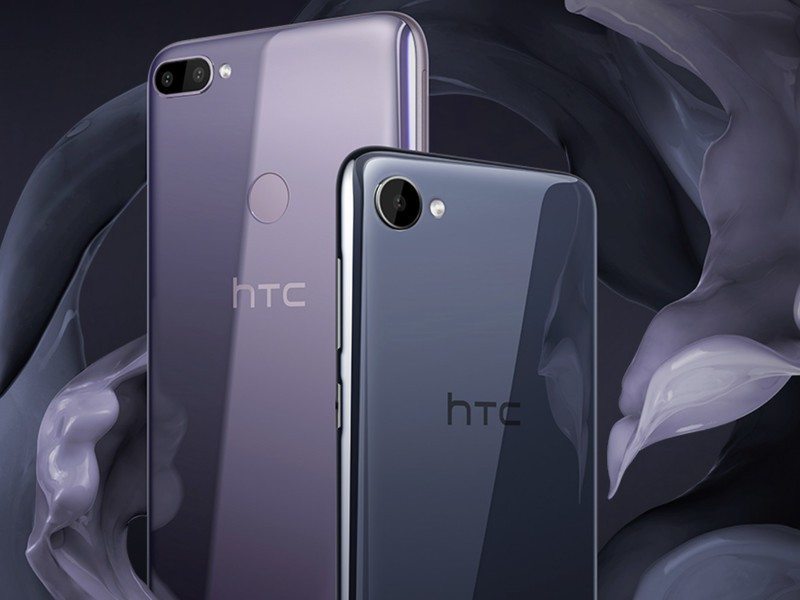 HTC’s lineup in the last year proved that the company is trying their best to get back on track. The sales numbers were slowly going up, but still not enough to amaze users. HTC will need to do outdo themselves again as they did with the M7, in order to get many users back. And even for the midrange and budget consumers – a hope they wish they can reach with the HTC Desire 12 and Desire 12 Plus. The company recently announced these new devices, so let’s see what they will offer!

On first look, both devices look nearly the same. The “Liquid Surface” design approach from the U11 series is also present here. The material it’s not glass though, but acrylic – explaining the lower price. Nevertheless, it looks great – edges are smooth and curvy, and it has a good feel in the hand. On the front, you will find the same look on both devices. The HTC Desire 12 features a 5.5” screen, while the Desire 12 Plus bumps that up to 6”. The resolution on both displays is 1440×720, with the aspect ratio locked to 18:9. That means a taller screen and smaller side bezels, which is always good to be had. The only way to differentiate the devices is on the back. The Desire 12 Plus features a dual-camera setup and a fingerprint sensor in the middle. The regular Desire 12 has a single shooter and no fingerprint sensor.

Switching to the performance side, it’s obvious that these devices are targeted towards budget users. Starting with the HTC Desire 12, the device is powered by a quad-core MediaTek MT6739 processor. You can get either 2 or 3GB of RAM and 16 or 32GB of internal storage, respectively. Finishing with the battery, the device features a 2730mAh one. Switching over to the Desire 12 Plus, we can notice that it has much better hardware than its smaller sibling. For a chipset, you’re getting the Snapdragon 450, an octa-core processor that should handle most of your tasks. It is accompanied by 3GB of RAM and 32GB of internal storage. Unlike the regular Desire 12, the Plus doesn’t come in two variants for the memory. Finishing with the battery, the Desire 12 Plus features a 2965mAh one.

Moving over to the cameras, in terms of quality, they’re not that far away. The HTC Desire 12 features a single 13MP shooter on the back and a 5MP shooter on the front. The bigger 12 Plus features a 12MP + 2MP combo on the back, and an 8MP on the front. As I said before, in terms of quality, they shouldn’t be that far off. Of course, the Desire 12 Plus should have the advantage because of the better hardware. The second camera enables the famous Portrait mode, so in my opinion you should pick the 12 Plus if camera quality is your thing.

Finishing with the software, both devices feature Android Oreo out of the box, with the company’s own skin on top of it. Fortunately, the skin is close to stock, with only few features being added.

Unfortunately, there is no official release date or pricing for both the HTC Desire 12 and Desire 12 Plus. But, few sites suggest that they will be released in mid-April or early May. The regular Desire 12 will be priced between 185 and 199 euros, while the bigger Desire 12 Plus between 235 and 249 euros.

So, what are your thoughts on the HTC Desire 12 and Desire 12 Plus? Share them in the comments below.