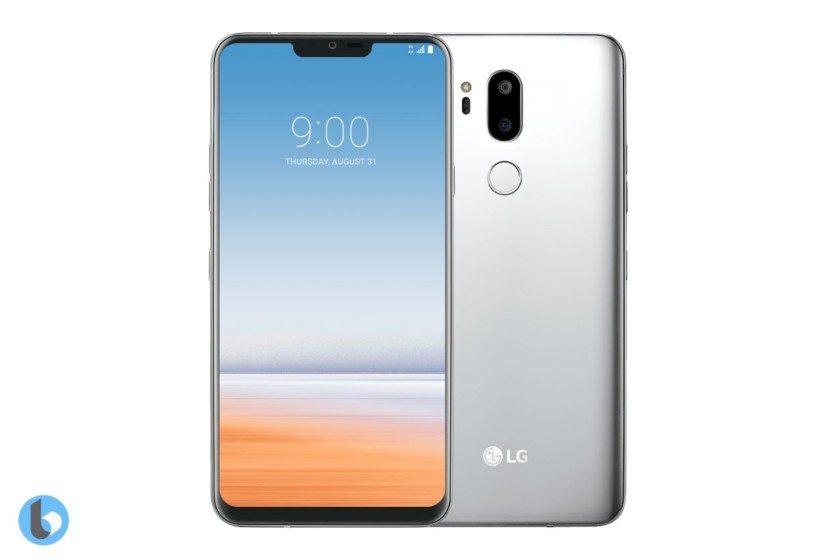 LG is trying their best to stay on top of the smartphone game, but they’ve been struggling in the past few years. Last year they presented two great devices – the LG G6 and LG V30, one of the most underrated smartphones of 2017. The G6 was one of the first devices to start the tall display craze, but it was rarely credited. The V30 offered some of the best specs and camera on a smartphone, and although it did good, it wasn’t popular enough. Now, we’re gathering details about the upcoming LG G7, so let’s take a look at them.

From the renders above, we can see that the upcoming LG G7 should follow the latest trends. LG recently did ask a question to their community if they’d like for the G7 to have a notch. The renders include one, but we hope that they will revoke and keep the device notch-less. You’re going to get a 6” OLED panel with 2880×1440 resolution and 18:9 aspect ratio. Going to the back, we can see the camera setup in the middle of the top, with the fingerprint sensor right under it. There is no information about the build material, but we’re expecting the back to be made from glass.

On the inside, we’re expecting the best hardware available right now. And you pretty much know some of them. For the chipset, we’re for sure going to see the Snapdragon 845 processor inside the LG G7. Accompanying the chipset will be the 4GB of RAM, that should be more than enough for all of you notorious multitaskers. Speaking of memory, you’re also getting 64GB of internal storage, that can be further expanded with a MicroSD card. Unfortunately, we don’t have any information about the battery capacity. We’re expecting for it to be around the 3500mAh range.

In the camera department, we’re not expecting any surprises. The rumors suggest that the LG G7 would pack a 16MP + 16MP combination on the back with f/1.6 aperture. Sadly, there are no details about the front camera. Nevertheless, we’re expecting pictures to come out with excellent quality and good color saturation and sharpness. LG has been known for their good camera before, especially with the V30, which many video enthusiasts liked. We’re expecting for the same quality to be transferred here.

On the software side, we’re for sure going to get Android Oreo out of the box. It will most likely be skinned, but it will remain close to stock. The LG G6 and V30 packed many great features in the software, and we hope they’ll appear here too. Of the other notable features, we hope that the headphone DAC found on the V30 to appear here too. Lastly, IP68 water and dust resistance will also be present on the G7.

Details suggest two periods for the LG G7 release – either May or June. For the price, it should be around $700 to $800.

So, there you have it. What are your thoughts on the rumors for the upcoming LG G7? Share them in the comments below.