Doogee Mix 4 – the solution to a notch-less smartphone? 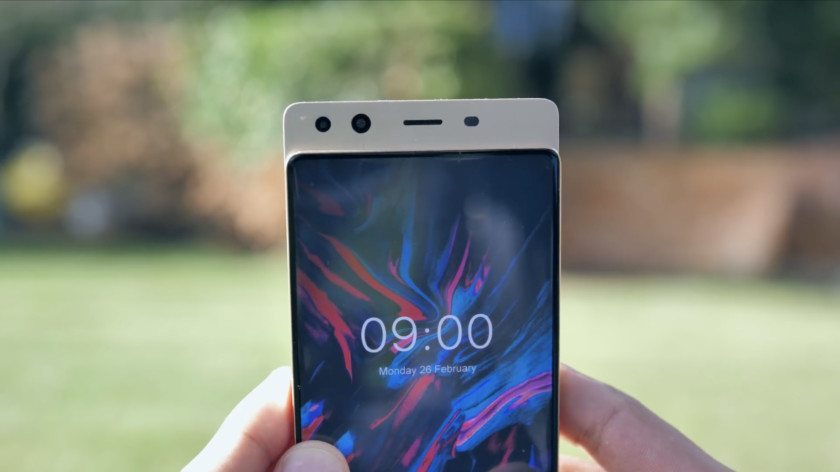 We’ve seen pretty good prototypes and concept devices recently. Back on the start of the year, we saw the first smartphone from Vivo with a fingerprint sensor under the display. That concept was well received by the public, and Vivo made another device available with it. Many new flagships incoming in the next period should feature one. Now, we have another concept device that tries to offer a solution to the notch. Doogee is another Chinese company that introduced the Doogee Mix 4, a prototype with a 97% screen-to-body ratio. How can they do this without a notch or bezels? Read on!

The road to a display – only device

Many companies have been trying hard to increase the display size on smartphones. It all started with the LG G6 and Xiaomi Mi Mix, the first devices to increase the screen size. The increased size and bump to 18:9 aspect ratio made smartphones taller, but with more screen size available for you. Samsung has also been doing that with the Edge display, completely removing the side bezels. Today, you can find a tall display on almost every new smartphone, no matter the price. But, the goal to achieve the bezel-less display still remains. The Doogee Mix 4 could be the first to achieve that, thanks to a feature from the past.

The Doogee Mix 4 has a sliding mechanism, a feature that was pretty popular back in the feature phone days. The device is consisted of two panels, the first being the display, while the second houses all of the available internals. In a world where every company tries to embrace the notch, this could be one of the best solutions available right now. You can use the device as any other, and when you need to access the camera or sensors, you just slide it down. This gives you 97% screen-to-body ratio, the best that could be achieved on a smartphone.

The ups and downs

This concept definitely has its upcomes and drawbacks. The best reason is definitely the bigger screen. You can finally dive into your content easily and in full-screen. You’re also going to get a fingerprint sensor under the glass, as we’ve seen on Vivo’s device. You’re free from a notch or bar that could block your view in a video. But, that placement alone could take down some useful features. Adaptive brightness is the most used of them, and with the sensor being blocked, you’re going to settle with a fixed one. Also, it could get a bit tedious to open or close the device if you take selfies a lot. But, if all that you want is more display, the Doogee Mix 4 could offer that.

When it will be available for purchase?

Since this is a prototype, we’re probably long time away from it’s prime time. But, this could be an indicator for what we should expect from the future of smartphones. The notch is currently used from many different companies, and we hope that his trend will fade away.

If you’d like to see more about the Doogee Mix 4, you can check out Mrwhosetheboss’s exclusive video here. What do you think of this concept? Share them in the comments below!