Blackview P10000 Pro – the smartphone with the biggest battery? 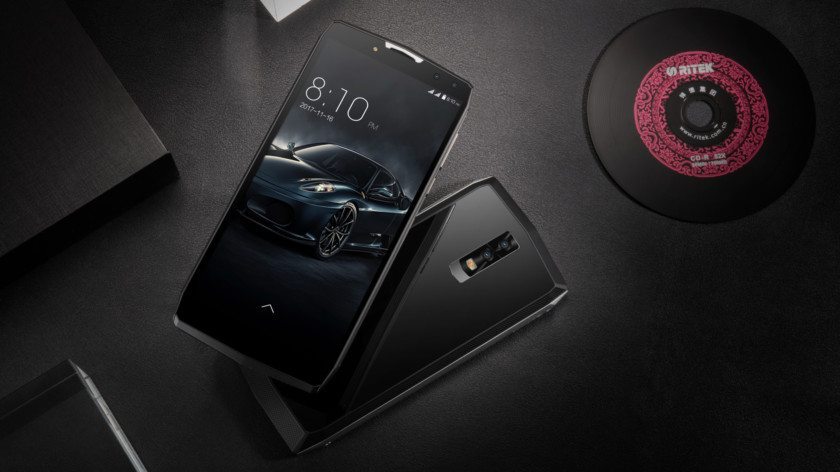 Blackview isn’t a name you’ve heard from a lot in recent times. The company is one of many Chinese companies that try to release various smartphones for every price. I’ve seen some of their devices in person, and almost all of them were copies of the iPhone. But, this article isn’t about another copy. In fact, this kind of a device is rarely seen today, simply for a single feature many customers want. And you’ve already guessed what is that feature. Meet the Blackview P10000 Pro – the smartphone with a 10000mAh battery!

Let’s start with the design first, as we always do. The Blackview P10000 Pro won’t win any awards for this category, mainly for the thickness. The large battery is the main reason for this, so if you’re wearing skinny jeans, don’t expect for this to fit in the pocket. Size aside, the device is not that bad to look at. The good thing is that is not a plain copy of some other device, but it’s subjective if you like it or not. On the front, you will find the 6” display with 2160×1080 resolution and 18:9 aspect ratio. The panel is from Sharp, and it has decent viewing angles and brightness. On the back, you will find the camera setup only. The fingerprint sensor is dropped out and replaced for a facial recognition feature. You’ll have the option for a leather or glass back.

The main contester of this device is the battery. As the name could suggest, the Blackview P10000 Pro features a 11000mAh battery. This is probably bigger than some of your power banks lying around your desk, and you can even use the device as one. Blackview promises up to a week of using the device normally, or 50 days in standby. Just to note, this is not a typo – this smartphone has the juice to last you through a whole week of regular use. Devices like these could be best for delivery services that use GPS on their phones a lot. In a world of smartphones that need to be charged every night, bigger battery is one of the main things we’ve asked companies to do. Blackview is one of the few that offer this.

From the other parts of the device, it’s mostly mediocre. As most Chinese phones, the P10000 Pro runs on the MediaTek Helio P23 chipset. It is accompanied by 4GB of RAM, which is currently the standard in smartphones. You’re also getting 64GB of internal storage, so you can easily fit all of your files and media on it. In the camera department, you’re getting a 13MP + 0.3MP combo on the front and a 16MP + 0.3MP combo on the back. We can’t say upfront about the quality before we test them out, but they should be somewhere in the middle. The device is running Android Nougat 7.1, with an Oreo upgrade promised in the upcoming months.

The Blackview P10000 Pro is available for purchase through importing sites like Aliexpress and GearBest. It’s priced right under $200.

So, what are your thoughts on the Blackview P10000 Pro? Share them in the comments below.