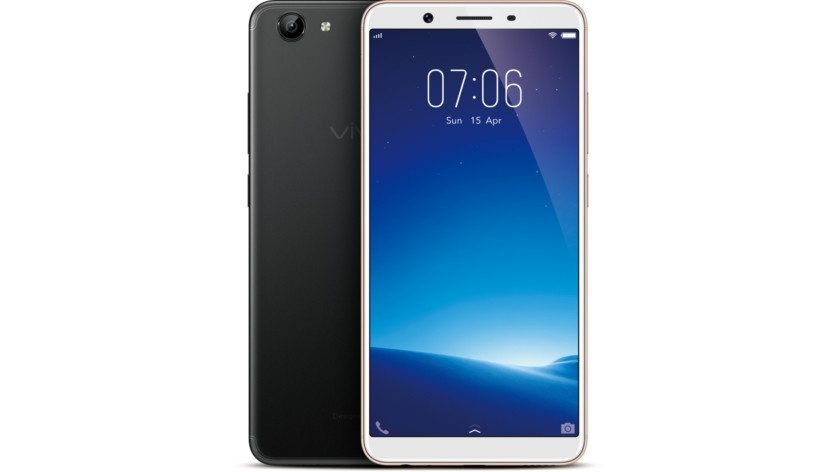 Vivo made a buzz at the start of the year, mainly with some of the new features they announced. They were the first company to make a phone with a fingerprint sensor under the screen. Few months later, they improved the area for the sensor to work and made it available for customers. Today, we’re not going to talk about anything new and innovative from the company. Instead, we’re focusing on those that want to keep their costs low when buying a new smartphone. The Vivo Y71 tries to appeal to them, so let’s see what you are going to get from it!

Starting with the design, the Vivo Y71 is not going to amaze you that much. You’re getting the common package of a budget smartphone – aluminum back and sides with nice curved lines and edges. This is still better than a plastic one, making it more durable. On the front, you’re also getting another feature found on premium smartphones – a tall screen. It’s nice to see that companies are also embracing the 18:9 aspect ratio on all of their devices. The Y71 has a 6” LCD display with 1440 x 720 resolution. The taller screen reduces the size of the bezels, but not by a large margin. On the back, you will find the camera setup in the top corner, with the Vivo logo in the middle. Unfortunately, there is no fingerprint sensor. The facial recognition replaces that authentication system.

On the inside, you’re getting decent internals for a budget smartphone. The chipset inside the Vivo Y71 is the quad-core Snapdragon 425, which should handle most basic tasks easily. It is accompanied by 3GB of RAM, enough to satisfy some heavy multitasking. Speaking of memory, the device is equipped with 16GB of internal storage, that can be further upgraded using a MicroSD card. Finishing this part with the battery, the Y61 features a 3360mAh one, enough to last you through a full day of use.

Going on to the cameras, don’t expect anything here that should amaze you. The Vivo Y71 comes with a single 13MP shooter on the back and a 5MP shooter on the front. From the official announcement, the rear camera should have a special feature that should optimize the picture when shooting in low lightning conditions. The front camera is offering an AI Beautify mode that can identify gender, age and skin tone and enhance the images. In good lightning conditions, both cameras should do OK, for the causal picture of a landscape or selfie. In the night, don’t expect any miracles.

Finishing with the software, the Vivo Y71 ships with Android Oreo 8.1, behind the company’s own Funtouch OS skin. It is moderately modified, offering some useful specs, but it can turn some customers away. Luckily, since this is Android, you can easily customize the device per your looks and needs.

The Vivo Y71 is currently available in India, with more countries to come in the upcoming months. The device is priced at $168.

So, what are your thoughts on the Vivo Y71? Share them in the comments below.