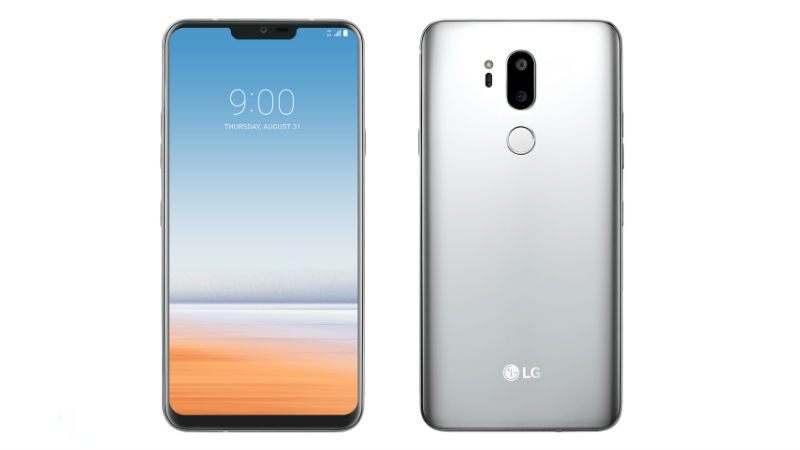 LG was and still is probably one of the most underrated companies in the world, at least in the smartphone market. They released many great devices last year, with their best being the LG G6 and LG V30. The G6 was among the first devices to feature the now famous 18:9 aspect ratio and spread the trend. The LG V30 was the company’s true flagship, with the powerful hardware and incredible camera. Unfortunately, they did not get enough traction, and were left in the shadow from other companies. Now, LG are going to redesign all of their upcoming lineup, with the focus being on AI. That’s how the ThinQ name was born, and the LG G7 will be among the first devices to carry it. Let’s take a look at the details!

On first look, the LG G7 looks like a blend of the G6 and V30. And that’s not a bad thing, considering how good looking both of these devices were. The device has a metal frame and glossy back, sporting four different colors. The biggest difference is on the front, where you will notice that the G7 features a notch. The feature(?) that slowly becomes a trend among smartphone companies, appears for the first time on a LG device. You can hide it in the software by making it black, or color it in many other variants. While we’re at the notch, let’s mention the display. The 6.1” LCD display has 1440 x 3120 resolution and can get bright up to 1000 nits. Rotating to the back, you will find the camera setup in the middle, with the fingerprint sensor right under it.

Going over to the performance of the device, the LG G7 ThinQ won’t disappoint you. You’re getting the standard package of 2018 – starting with the processor, the Snapdragon 845. It is accompanied by 4GB of RAM and 64GB of internal storage. We’re only hoping for future smartphones to have more than 4GB of RAM, but the LG G7 will have a version with 6GB also. Finishing this roundup, the 3000mAh battery could be the most disappointing thing about the device. And considering the other hardware, we suggest getting a battery bank if you plan to buy this device.

On the camera side, we can also see that LG is following the latest trends. They’re bringing the usual dual combo on the back with a single shooter on the front. LG made the second camera on the combo back a wide-angle one, and we’re glad we’re seeing the same here on the LG G7 ThinQ. The dual 16MP camera with f/1.6 and f/1.9 sound good on paper, but we’d have to wait for a detailed test. Nevertheless, we’re expecting nothing bad from LG. The front camera is an 8MP sensor and is getting the green light from many of the first reviewers.

You will find Android Oreo 8.1 outside of the box inside the LG G7 ThinQ. It will be skinned, remaining the close to stock look while adding some useful features. Speaking of useful features, LG is one of the few companies that care about the audio in their devices. Inside the G7 is a Quad DAC, and it is making the speaker incredibly loud. Also, the 3.5mm headphone jack is also here.

The LG G7 ThinQ is going to be available for purchase in the following month. Unfortunately, we didn’t get any precise pricing yet.

So, what are your thoughts on the LG G7 ThinQ? Share them in the comments below.