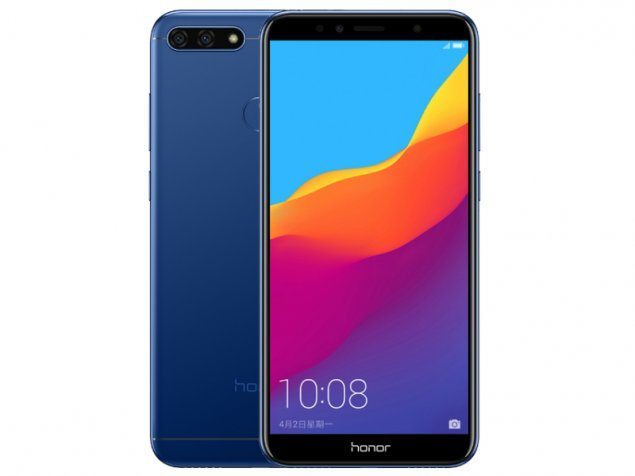 Huawei’s sub-brand Honor is doing extremely well in the sales department. They’re famous for offering excellent hardware inside, while keeping the low price. That way, many users can jump in and get a great device, without breaking the bank. We saw many great additions from Honor recently, such as the Honor View 10. Recently, we got some details about the upcoming Honor 7A, and now it is officially released. So, let’s take a look at the device!

Many details got confirmed from the rumors, including the leaked images. As we said before, in many cases, the design is where manufacturers cut down to justify the lower price. But is not the case with the Honor 7A, and the announcement confirmed the details. Starting with the front, you will find the 5.7 display with 1440×720 resolution and 18:9 aspect ratio. Honor is bringing the tall screen craze to the budget market, and we’re all thankful for that. The taller screen usually means that the bezels might be small, but on the 7A they’re still noticeably big. That’s not that bad, since it’s easier for the device to be operated. Rotating to the back, you will find the camera setup in the top corner, with the fingerprint sensor in the middle. The Honor logo sits proudly on the bottom part of the device.

Going over to the performance, the rumors were again mostly right. The Honor 7A is still going to feature the octa-core Snapdragon 430 processor. The chipset is at the entry point, and it will handle most of your daily tasks. What we didn’t know is that the device is going to come in different versions for the memory. And what’s even more sad is the part that the UK is going to get the lower one. Aside from the 3GB version, there is also going to be a 2GB one, and it will be the only one sold here in the UK. That is quite the bummer, and it may turn some of you away. For the storage, you’re still going to get 32GB of internal memory, and the battery capacity is still at 3000mAh.

The different features between the two versions of the Honor 7A are also present in the camera. Mainly, the UK version won’t feature a dual camera setup on the back, resorting to a single 13MP shooter. The other one is going to keep the 13MP + 2MP combo, with the second lens being used for the bokeh effect. On the front, you’re still getting the same package – a single 8MP shooter that should be more than enough for all of your selfies.

Software wise, you’re getting Android Oreo out of the box, with the company’s own EMUI skin on top of it. As you probably know, the skin is heavily modified, and it reassembles a bit of the look of iOS. Nevertheless, it packs many useful features that can be found only on premium smartphones.

The Honor 7A is currently available for purchase in the UK. It is priced at £139, a decent price for the package you’re getting. The version that will be sold outside the UK will be priced at around $239, depending on the market.

So, what are your thoughts on the reduced version of the Honor 7A for the UK? Share them in the comments below.