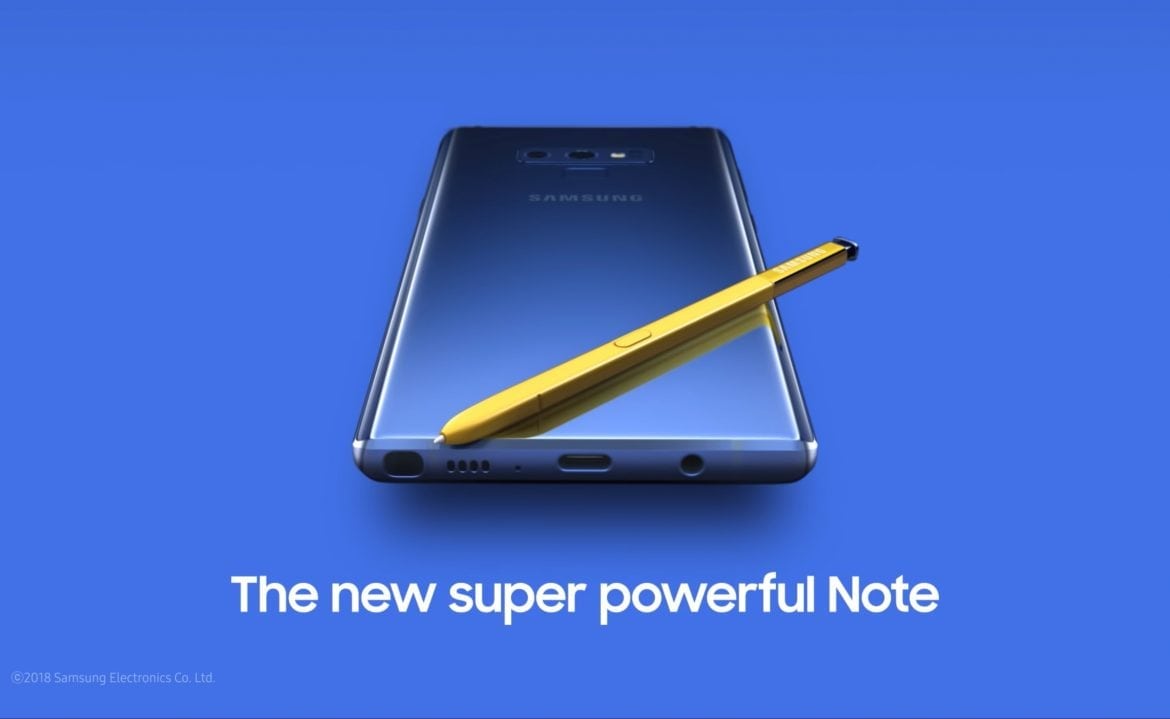 The Samsung Galaxy Note 8 was probably one of the best smartphones of 2017, with one big downside. And if you followed the events with the Note 7, you probably know what the downside is. After the “explosion” problem in the batteries, Samsung took the safe route and included a small battery inside the Note 8. The 3300mAh battery was not enough for the raw power the Note 8 had. Now, the Samsung Galaxy Note 9 aims to fix that. Let’s see all the new details and upgrades for it!

Starting with the design, you won’t find many changes in the Samsung Galaxy Note 9. In fact, the untrained eye could easily mistake it for the Note 8. However, there are some minor changes that improve the overall experience. First up, the device is still made of glass. The glossy back is looking great, until you place all of your fingerprints on it. The cameras are still in the middle, with the fingerprint sensor now placed right under them. On the front, you will find the 6.4” AMOLED display with 18.5:9 aspect ratio and pixel density of 556ppi. And most of you know that Samsung makes the best displays in smartphones, period. The screen is big, sharp and bright, with the colors truly popping. The Edge display is still here, remaining a signature to Samsung devices. And the company is one of the few remaining to not embrace the notch.

Moving over to the internals, you’re getting the best that is available right now. The Samsung Galaxy Note 9 features the Snapdragon 845 chipset, the fastest processor available right now. It is accompanied by 6 or 8GB of RAM, which should satisfy even the most notorious multitaskers. Speaking of memory, you can get the Note 9 with 128 or 512GB of internal storage! And even if those 512GB are not enough, you can further expand it with a MicroSD card, up to 1TB! Rounding up the internals, the battery is getting the biggest improvement over the Note 8. The capacity is increased to 4000mAh, a big improvement over last year’s model. You easily push up to a full day of use or more, depending on your usage.

For the cameras, you’re getting pretty much the same package as on the Galaxy S9 Plus. The dual 12MP camera setup on the back shoots excellent pictures, with great dynamic range and high color saturation. The second lens also features the variable aperture as on the S9, allowing you to bring more light in the lens. There are also many new machine learning and AI features that should set some modes depending on the objects you’re shooting. The front 8MP camera is also excellent, both in good or poor lightning conditions. Video wise, the Note 9 easily takes out the competition. Both of the rear cameras are optically stabilized, making your videos less shaky.

Rounding up with the software, the Note 9 runs on Android Oreo 8.1, with Samsung’s own TouchWiz skin on top of it. As expected, it is packed with many different features and improvements, with most of them being for the sPen. And that also have some improvements this year, mainly with the inclusion of Bluetooth inside it. That enables you to use the pen as a remote control to take pictures or control your music. Aside from that, you’re getting all of the other “Note” features, like the ability to write quick notes with the screen off.

The Samsung Galaxy Note 9 is available for purchase through many of your local carriers or online stores. Prices start at $1000 for the 128GB version and $1250 for the 512GB one.

So, I’m curious – what are your thoughts on the Samsung Galaxy Note 9? Do share them in the comments below.