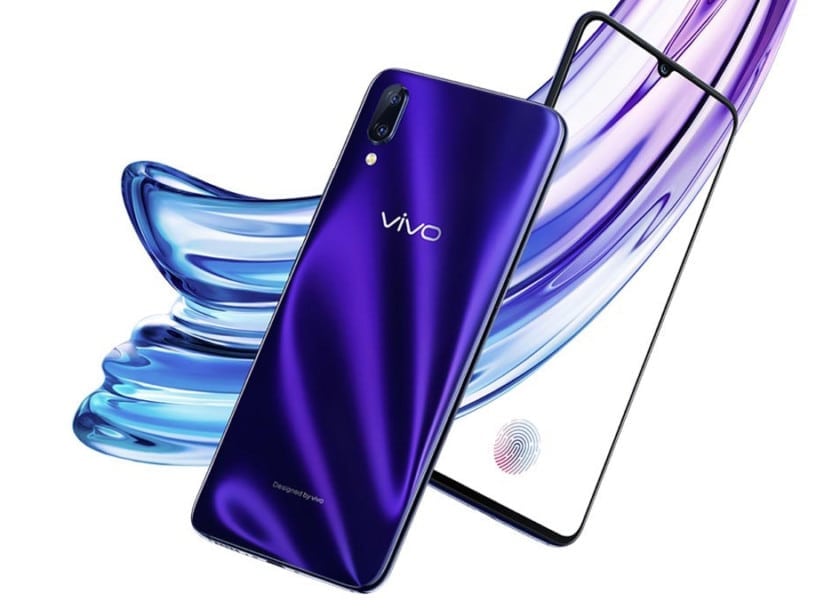 Vivo was in the spotlight for quite a long time this year, without any intentions in stopping. Back at CES at the start of the year, they announced the first concept smartphone with a fingerprint sensor under the display. Next month at MWC, they introduced the device, ready for consumers to purchase it. Furthermore, they’ve released few more flagship smartphones to include the same technology. And now, Vivo is bringing that same technology to the midrange market. Meet the Vivo X23 – the latest midrange smartphone from the company. Let’s take a closer look at it.

Starting with the design, the Vivo X23 is looking a lot like a premium flagship device. The color of the device especially emphasizes that, and there will be five different options available for choosing. The lines of the device are subtle, giving you a good feeling in the hand. On the front, you will find the 6.41” Super AMOLED display. The panel has 2340 x 1080 resolution and 19.5:9 aspect ratio. A notch is present in the from of a raindrop, similar to the one on the recently announced Oppo R17. The bezels are quite thin, with the bottom chin being the most visible. Rotating to the back, you will find the camera setup in the top left corner. The fingerprint sensor is under the display. It’s good to see that Vivo is bringing that feature to the lower budget markets.

Inside the X23, you will find some pretty decent hardware considering the price. For the chipset, Vivo opted in for the Snapdragon 670 processor. This chip, alongside the Adreno 615 GPU, will guarantee you of excellent performance. Moving over to the memory, the device comes with 8GB of RAM and 128GB of internal storage. So, all the multitaskers and heavy media users should be satisfied. Rounding up the internals, the device is powered by a 3400mAh battery. It should easily last you through a full day of use, even on heavy usage.

Moving over to the cameras on the Vivo X23, you will find a dual setup on the back and a single shooter on the front. For the back, you’re getting a primary 12MP shooter with f/1.8 aperture and a secondary 13MP shooter. The secondary shooter is wide-angle, giving you the possibility to fit more objects in a single image. Pictures should be great, with good color saturation and dynamic range. For the front, the device is equipped with a single 12MP shooter with f/2.0 aperture. It should be more than enough for all of your selfies or video calls.

Finishing with the software, the device comes with Android Oreo 8.1 out of the box. It has the company’s own Funtouch OS 4.5 skin on top of it. It is heavily customized, but pretty easy for use. Aside from that, it offers many different useful features and implementations.

The Vivo X23 is currently available in China, with more markets to follow up. The device is starting at around $511.

So, what are your thoughts on the Vivo X23? Share them in the comments below.