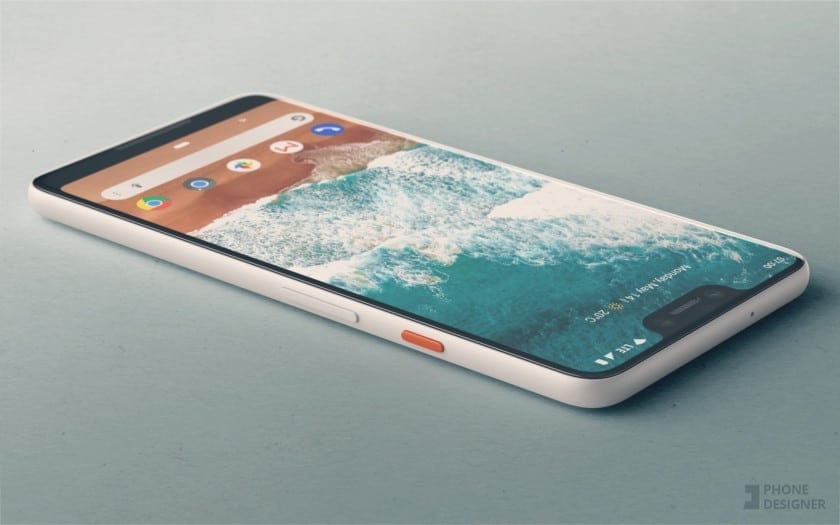 The time for the new Pixel device is almost here, and we already have the date for the official announcement. Mark the 9th of October, as per the official invites the company sent. The event will take place in New York, and we’re expecting a lot of different new products from them to be introduced. One of them for sure will be the Google Pixel 3 and 3XL, and we already have a lot of rumors about them. Heck, there were even few unboxings of the device, a full review and pictures from the backseat of a Lyft ride. Nevertheless, here are some of the details about the next Google Pixel 3!

Starting with the design, you’ve probably seen all the videos and pictures from the leaked Google Pixel 3 XL. And there are quite some changes compared to the Pixel 2 and 2 XL. The front is the first place where those changes can be seen. Namely, the Pixel 3 XL will feature a notch on the top. And sadly, it’s one of the ugliest we’ve ever seen. Since it has to house two cameras and the speaker, it’s pretty big. Furthermore, it also makes the header bar big, giving out a lot of unused space. We were expecting for them to make a smartphone with a notch, seeing that Android P supports them natively. But, we weren’t expecting it to be this bag (and ugly).

Rotating to the back, and you can notice that the device will feature the similar design as the Pixel 2. You will still find the two-toned back, possibly in the same color options as now. The single camera is still present in the top corner. The Pixel 2 had one of the best cameras on a smartphone, thanks to their software processing. The button is still going to be differently colored on some color options, like the Panda version of the 2 XL.

On the inside, we’re expecting the best that is available right now. That means the Snapdragon 845 chipset accompanied with the Adreno 630 GPU. That combination is the one found on most flagships from this year, and we’re pretty sure both devices will get it. For RAM, rumors suggest that the Pixel 3 XL will have 4GB of RAM. That is somewhat low for today’s standards, but I believe that there will be different memory options. Aside from that, Pixel devices have always been the fastest ones. Furthermore, the battery on the XL should have 3430mAh capacity. It is smaller than last year’s 2 XL, and with the bigger display, we’re a bit worried here. However, you’re still supposed to get a full day of use, depending on your usage.

For availability, we already know the date when both devices will be announced. As we said before, October 9th is when Google will officially announce both devices. They should be available for purchase in late October. However, there are no rumors about both prices yet.

So, what are your thoughts on the rumors about the upcoming Google Pixel 3 and 3 XL? Share them in the comments below.