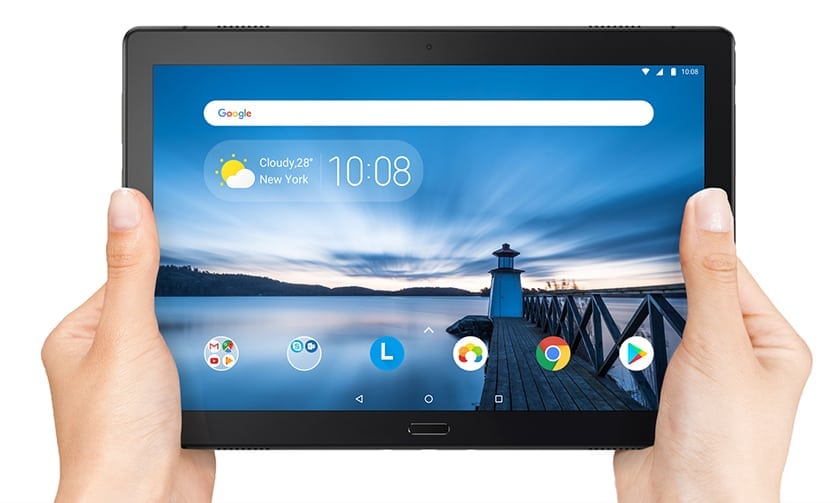 The tablet market did get some new additions this year, following the deep stagnation it fell into. It’s still in a difficult spot – tablet demand is not as huge as smartphone demand is, and both operating systems are not optimized for the bigger screens. We’ve seen some manufacturers providing their own software solutions to this, like Samsung’s Dex. However, it’s still up to Google and Apple to make their operating systems better for tablet use. That’s why not many companies are producing tablets anymore. One of the few remaining is Lenovo, and they announced five different tablets in the budget to midrange market. Dive in to read more about these Lenovo tablets.

First up is the Tab E family of tablets, which are the cheapest of the bunch. Starting with the E7, the device has decent internals compared to the price. You’re getting the MediaTek MT8167 processor, 1GB of RAM and 16GB of internal storage. You can further increase the storage up to 128GB with a MicroSD slot. The 7” display has a resolution of 1024 x 600. For software, it is running the special Android Oreo Go version. Finally, the tablet is powered by a 2750mAh battery. The Lenovo Tab E8 gets most of these internals also, with few minor improvements. It has a bigger, 8” display with 1280 x 800 resolution and a bigger 4850 mAh battery. However, it is running Android Nougat – a two-year-old operating system.

Aside from the E family of Lenovo tablets, the company announced the P10 and the M10. Starting with the Tab P10, it’s the highest end tablet of the bunch, but don’t expect any flagship internals. Instead, it’s a midrange device that will handle most moderate tasks swiftly. It has the Snapdragon 450 processor, 4GB of RAM and 64GB of internal storage. Again, you can upgrade the storage with a MicroSD card, but now up to 256GB. The 10” display has 1920 x 1080 resolution, and you will find a rear 8MP camera and a front 5MP camera. Finally, the P10 has a 7000mAh battery.

Finishing with the Lenovo Tab M10, most of the internals are the same as the P10. However, there are some small changes. The device comes with 3GB of RAM and 32GB of internal storage. The cameras are downgraded to 5MP and 2MP rear to front respectively. The interesting change is at the screen and battery. The M10 has a higher resolution at 1920 x 1200, but a smaller battery (4850mAh).

The Lenovo Tab E8 is the only one available right now for purchase in Walmart stores. The device is priced at $100. The others should follow up in October, with prices being only available for the E7 ($70) and the E10 ($130). No price details about the P10 and the M10.

So, what are your thoughts on these Lenovo tablets? Share them in the comments below.