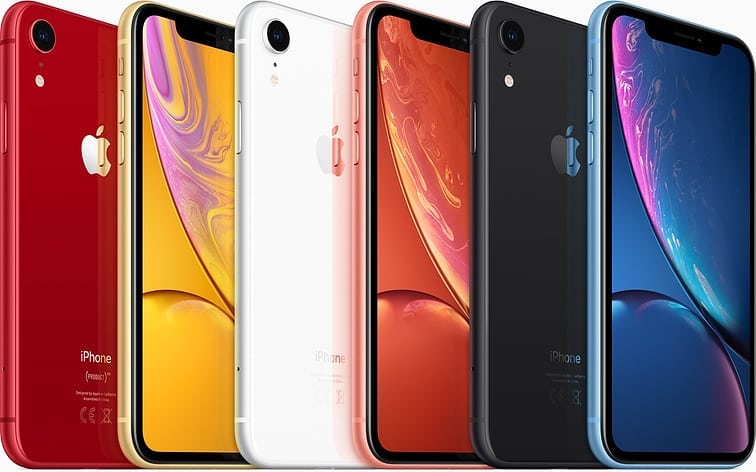 It’s that time of the year again. The beginning of fall is when a lot of the new flagship smartphones get announced. Samsung already announced their newest Note device, the Galaxy Note 9, while Google will announce the Pixel 3 in early October. However, September is the month of Apple, and they’ve announced their latest lineup of smartphones. The cheapest of the bunch, the iPhone XR, will have the attention here. You can check out the regular iPhone XS here, or the bigger iPhone XS Max here. With that out of the way, let’s see what is so special about this new iPhone!

The first thing you notice about the iPhone XR is on the outside. Compared to the other new iPhones, this one comes in five different color options. And those colors are vivid and bright, which is probably a target to appeal to the younger audiences. Furthermore, you won’t find a glass on the back. Instead, Apple went in with an aluminum frame, most likely to get costs down. On the front, you will find the 6.1” display with 828 x 1792 resolution and 19.5:9 aspect ratio. However, it’s an IPS LCD panel, so you’ll definitely notice a difference if you’ve used a recent iPhone before. The notch is still here, in the same size as other X models. On the back, you will find the single shooter in the top corner.

On the inside, the iPhone XR shares nearly the same internals as the other XS models. Starting with the chipset, the XS Max features the new Apple A12 Bionic processor. It’s up to 30% faster than the previous A11 chip found on the iPhone X, as per Apple’s claims. The main difference is in the RAM, with the XR being left behind with 3GB of it. However, the great implementations in the software won’t make you notice this. Speaking of memory, you can get the XR with 64, 128 or 256GB of it. So, all of you heavy media users will be covered. Unfortunately, Apple didn’t announce any precise details about the capacity of the battery inside the XR. We’d have to wait for the official release to get this, but we’re expecting for it to be in the same range as the iPhone X.

Moving over to the cameras, Apple opted for single shooters on both the back and the front. On the back, you will find the same 12MP shooter found on the other XS models. But, you won’t find the secondary telephoto camera. However, you’re still getting Portrait mode available in the camera, if that is an issue for you. On the front, the 7MP shooter with f/2.2 is excellent for all of your selfies. Face Unlock is still available, which means that the infrared sensors are there. For video, the modes are the same as the iPhone X, with the only improvement in the front camera which can shoot in 1080p at 60fps.

Finally, the iPhone XR will feature the newest iOS 12 operating system. And as expected, it has a lot of new improvements in it, both as feature or as under the hood ones. The most notable are the AR support, Facetime with up to 32 different users and custom Animojis.

The iPhone XR will be available for preorder in October, with the first batch shipping at October 26th. Prices will start at $750 for the 64GB model.

So, what are your thoughts on the iPhone XR? Share them in the comments below.