Haptic Phone concept: The mobile that stands up to the iPhone

Now this is what it is all about, a strong contender that has balls to stand up to the Apple iPhone. The new mobile is called the Haptic Phone. Ok so we got carried away there, the Haptic Phone is indeed only a concept but we did get you going did we not.

But come on if the truth be known the Haptic Phone concept would without a doubt give the iPhone a run for its money would it not, the Haptic has a cool multi-touch screen that can be manipulated when you touch either the front of the handset or the back, graphical user interface is not all it has thou. 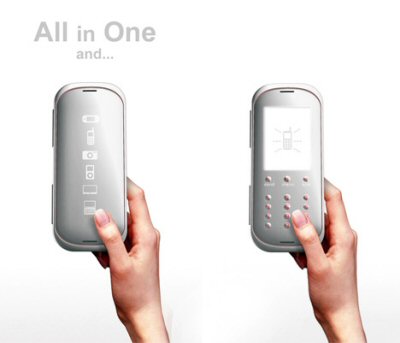 Should they try and make this phone, or keep it a concept?