An announcement from Boungiorno reveals they plan to bring out their Mobile Social Networking Service ‘Bing’ across numerous countries which include, Indonesia, New Zealand, India, and Australia after trials in Austria and South Africa where apparently 5 million messages were sent a week by 380,000 users, and registers in excess of an amazing 850,000 downloads. 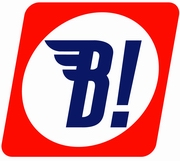 Apparently an open platform for Mobile chat is provided by the Java app combining SMS and IM jointly, and as its Java will run on most mobile handsets and networks. Bing is targeting 16-18yr group range, although some users up to the age of 28 have also been targeted. So looks like the Bing is doing very well and will probably do even better when it hits the other countries.