Mobile Firefox mockups shown off but what do you think?

At the moment and in the early stages it seems, the people at Firefox are getting their little baby out and about. They want you to tell them what you think about Mobile Firefox.

The mock-ups were sent to Mozilla’s wiki where they talk about the main display, history and bookmark displays plus the tabbing functionality in great detail. The differences in operation between touch screen and standard devices is also talked about. 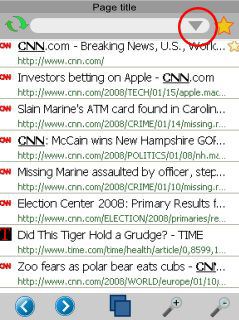 Will you get any hope of seeing this early build on your very own device is another major question; we have to say not any time soon. The team has also sent XUL / Javascript code that’ll run in Firefox on your PC; this will give you some idea of what is going on my peeps.